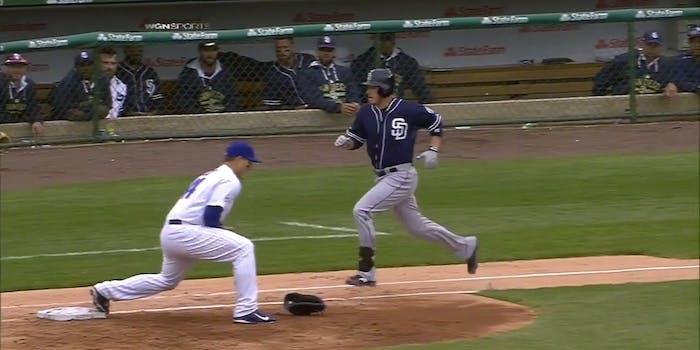 That's one way to make an out.

Being able to throw a ball in baseball isn’t everything.

That’s what Chicago Cubs pitcher Jon Lester learned during Sunday’s game against the San Diego Padres. After he caught the ball hit to him by the Padres’ Clint Barmes, he realized that the ball was stuck and did some quick thinking by tossing the glove to first base. First baseman Anthony Rizzo caught it, and Lester ended up getting the out.

It’s not the first time a pitcher threw his glove with the ball inside it to first base, but it’s enough of an anomaly that it still impresses us every time.