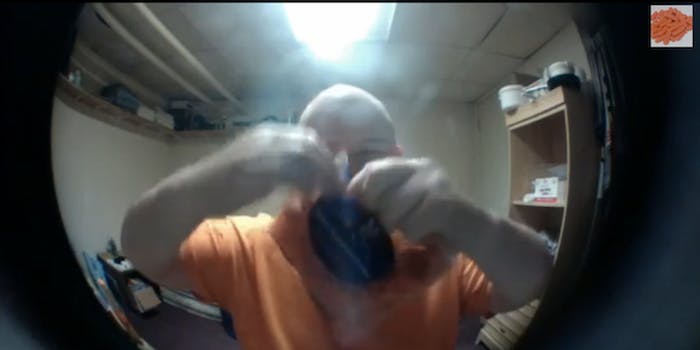 The show that unlocked the Web’s passion for eating carrots

Jon Eats Carrots is a YouTube show about a man who listens to podcasts and, well, eats carrots.

Jon Eats Carrots is a beautiful postmodern art example of the future of the Internet and of individual YouTube channels.

The channel is a guy named Jon eating carrots in front of a camera while listening to various podcasts like Nerdist, Dr. Drew, Comedy Bang Bang, or the Fogelnest Files.

The show is that simple. He’s been posting the videos for years despite only having around 360 subscribers and a little more than 36,000 views. Videos of Jon landed on Reddit yesterday and were met with some praise of the simplicity of the show as “brilliant” and “Andy Kaufman-esque.” There was also some derision for contributing to a narcissistic culture of useless vlogs. In the future, everyone will have their own “TV” channel, they bemoan, and Jon Eats Carrots is the first step to the entertainment apocalypse.

The same man also has a channel called Jon Drinks Water. He never speaks. He just opens the cap and starts drinking. This one has no podcast or otherwise soundtrack. One video is five hours long, and comprises him drinking 1,000 bottles of water. He’s also had channels where he wrapped things in duct tape and where he counted up to 100,000 by ones. The shows have garnered strong reactions despite not really being about anything at all.

It also appears that Jon lives in some sort of underground bunker. In his bio on Jon Eats Carrots, he simply writes, “Jon Eats Carrots is the internet’s premier carrot eating series. The show that unlocked the web’s passion for eating carrots.”