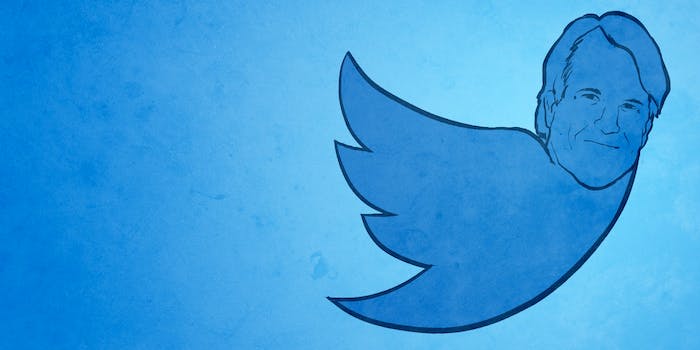 To many, Tesh is the piano equivalent of Kenny G, an inexplicably platinum pop muzak composer whose irritatingly innocuous, quasi-spiritual tunes are equally suited to an upscale grocery store or downmarket spa resort.

And he is certainly that.

For the past decade, though, Tesh has made another reputation for himself—as a self-help guru. His Intelligence for Your Life podcast/radio show, syndicated by 400 stations around the globe, attracts more than 14 million listeners weekly. Given Tesh’s real-world success, you can’t blame them for thinking he may possess the secret to inner peace and fulfillment.

But you don’t have to hear his program to get a handle on Tesh’s wisdom. His Twitter feed, followed by nearly 400,000 fans, is a nonstop barrage of tidbits vital to your everyday wellbeing. He is the Confucius of our time.

All this time, I’ve been running up to cows wherever I can find them and vigorously ringing a cowbell in close proximity to their ears. I thought they liked it! I’ll never make that mistake again, thanks to John Tesh.

On a dropped phone call, who should call whom back? Acc to @YahooTech, the person who placed the original call should hit redial. #IFYL

John Tesh reads Yahoo Tech so we don’t have to: Hero status.

I stabbed myself in the eye with a steak knife, but it was worth it. Anything for John Tesh. I will follow you—blindly—to the very gates of hell.

Guests this holiday wknd? Help them feel welcome with a hotel-style “mini-bar” in their room, stocked w/water, snacks & toys for kids. #IFYL

This is a great idea. If there’s one thing I hate about having guests, it’s that they feel somehow entitled to eat or drink in my kitchen. In fact, it drives me crazy whenever they (or their idiot kids) leave the room I’ve graciously provided them, asking if we should go take in some local sights or cuisine. Stay in your appointed chamber, you grubby-fingered impositions!

Need a date? Play a videogame. Gamers are 2X as likely to ask someone out, compared to non-gamers, b/c they interact w/more people. #IFYL

I’ve been playing video games and going on so many more dates.

FACT: If you drive 10+ miles to buy a lottery ticket, you’re 3X more likely to die in a crash while driving, than to win the jackpot. #IFYL

Sadly, this knowledge came too late to save my family. The problem is that, although I want to live according to the tenets of Tesh, the Twitter account just isn’t enough. If only John Tesh could follow me around to offer advice from moment to moment! What else could possibly suffice?

B4 making tough decisions, consult a CAT. Unlike other humans (who can stress us out), cats relax us, so we make better decisions. #IFYRAWR

Absolutely brilliant. I’ll buy a cat and ask it whether I ought to switch careers. All I want to understand now is how in the world John Tesh keeps up this seemingly effortless cascade of practical tips and tricks.

And there we have it. There’s no conundrum John Tesh can’t solve. There’s no doubt he can’t cure. He is a beacon of everything worth believing in.

Tesh be with you.