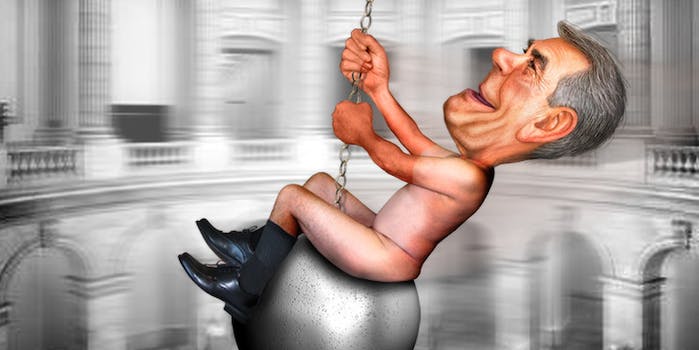 Very big of you, Boehner.

House Speaker John Boehner finally proved he has a sense of humor behind all those tears and tanning spray side effects when, during a press conference telecast Wednsday on C-SPAN, he made a joke about his boner.

Except it sounded like “boner,” because that’s how you say it—and our country’s in sixth grade.

Very big of you, Boner. Way to shoot it to him straight.