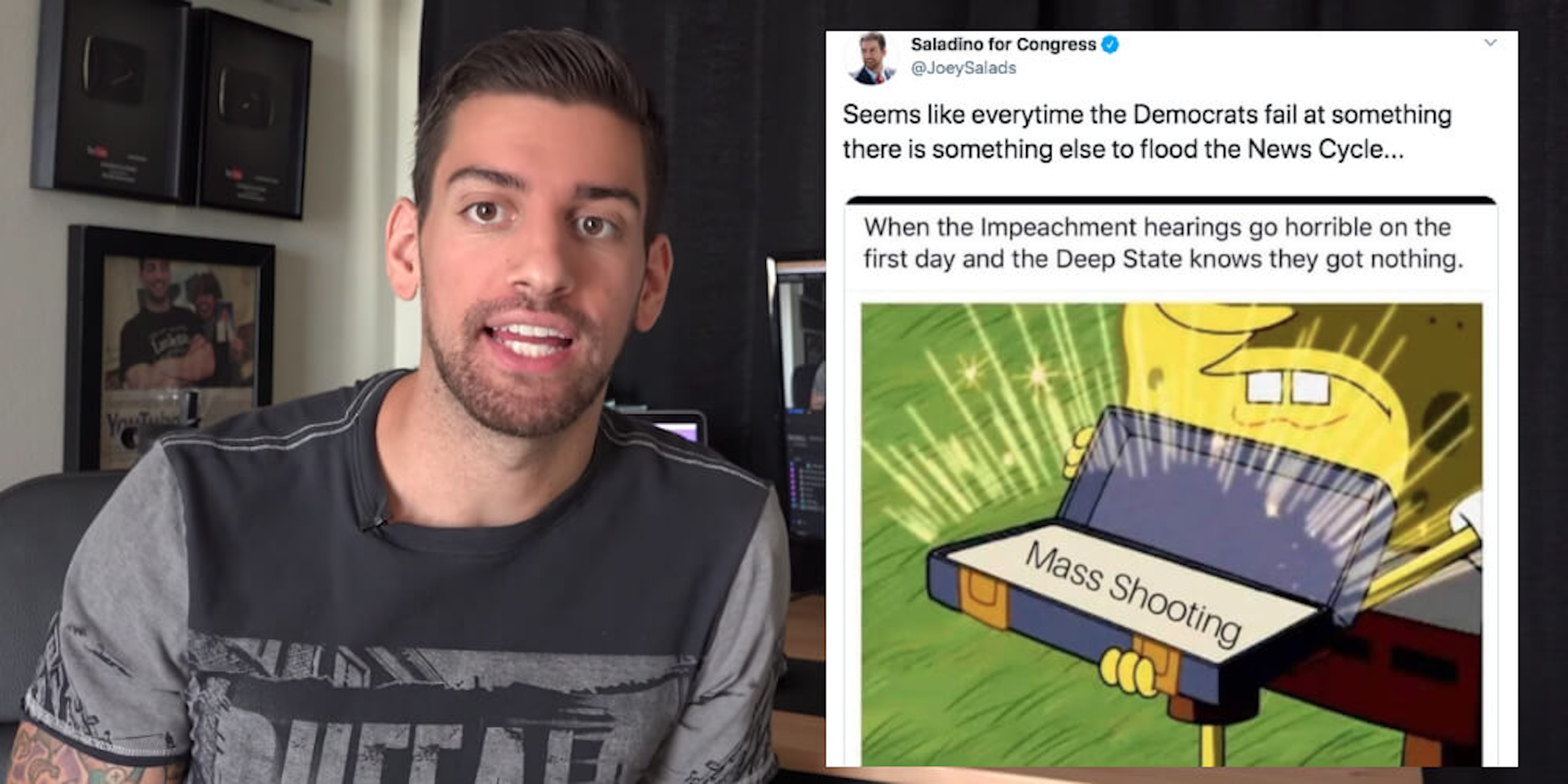 The YouTuber turned politician tweeted out the conspiracy theory in meme form.

Salads entered the political field in July when he announced his run for New York’s 11th District. The YouTube politician can now add conspiracy theorist to his biography because he tweeted that the left is responsible for the shooting at Saugus High School in Santa Clarita, California, on Thursday.

“Seems like everytime the Democrats fail at something there is something else to flood the News Cycle…” Salads tweeted, along with a SpongeBob SquarePants meme stating, “When the Impeachment hearings go horrible on the first day and the Deep State knows they got nothing.”

In the meme, SpongeBob is holding open a box that reads “mass shooting” on the inside of it.

Seems like everytime the Democrats fail at something there is something else to flood the News Cycle… pic.twitter.com/jWkGiMRusx

Salads’ tweet came mere hours after a student opened fire on his peers.

The suspect, Nathaniel Berhow, killed a 16-year-old female student and a 14-year-old male student and injured three others before turning the gun on himself, according to the Los Angeles Times.

The shooting occurred the same day as the ongoing public hearings in the House of Representatives’ impeachment inquiry. The House is holding public hearings to determine if President Donald Trump illegally solicited help from Ukraine to target political opponents.

Salads alleges the shooting happened suspiciously close to what he claims are “failing” impeachment hearings. According to Salads, Trump’s opponents on the left and in the deep state are behind the shooting in order to dominate the news cycle and distract the public.

The deep state is the conspiracy theory that a shadow government exists and runs U.S. bureaucracy and military. Many far-right activists like Salads argue the deep state works to undermine Trump, including through the impeachment hearings.