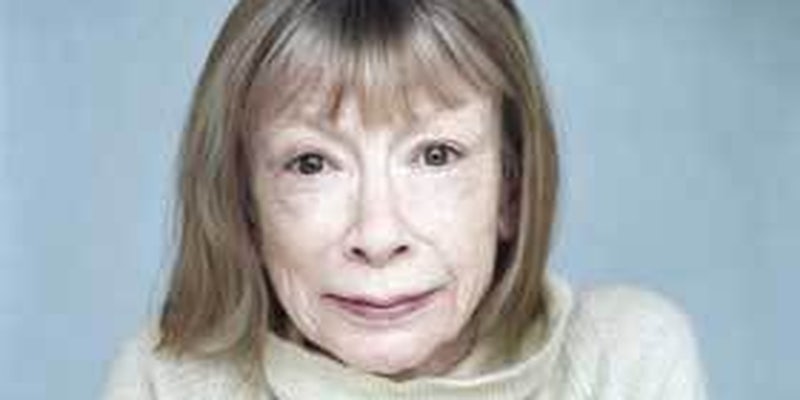 Or: Why you always read the Twitter bio of the person you're writing about.

It’s a shocking day for the 10,000 followers of a gimmick Twitter account channeling acclaimed author Joan Didion. First of all, Didion, as voiced by copywriter Erik Stinson, is finally quitting the social media service after repeatedly threatening to do so.

It’s unclear, then, whether she’ll take a half-day tomorrow or just delete everything at midnight. The initial announcement prompted a slew of replies, most along the lines of “we’ll miss you” and “why?” To the latter, “Didion” offered a comprehensive list of reasons:

Nothing if not thorough. So thorough, in fact, that the Wall Street Journal reported that the real Joan Didion, who isn’t on Twitter at all, was officially quitting Twitter. That story has since been updated and the original blog post deleted (but not really).

Perhaps a closer look at the unverified account’s description—or relatively paltry follower count—would have aroused some journalistic skepticism over there:

Joan’s tweets inspired by Joan (she dislikes [micro]blogs) and edited by a chill dude who writes and works in advertising (@erik_stinson).

Stinson himself took some pleasure in the newspaper’s mistake:

my work is done for today https://t.co/odAdEed1dK

Stinson also spoke with the Daily Dot by email, further explaining his motivations, future plans, and mixed emotional response to the success of @JoanDidion.

I started the account because I knew she would never use Twitter. It was profoundly funny and awkward that people thought she would. It’s a testament to her wide and committed readership.

I work in advertising, so part of me just wanted to see if I could be her mouthpiece in the social space, to fill the void created by her obviously wise absence from Twitter. Social media is a kind of artificial void that these companies want us to fill. She chooses not to, like a lot of people.

I am deleting the account on 7-12-13 – it feels disingenuous to continue. There are a lot of people who really feel like they are @ing Joan, and I have a specific sad emotional response to that. Book people, especially older ones, are really sensitive.

It was fun to try to translate the tone of a talented writer onto Twitter, and to get to know her wonderful fans, but also sort of misguided and crass.

Anyway, farewell, “Joan.” It appears you and Twitter just don’t “get” each other, and weren’t especially inclined to try. The good news is you can probably write a memoir about that.