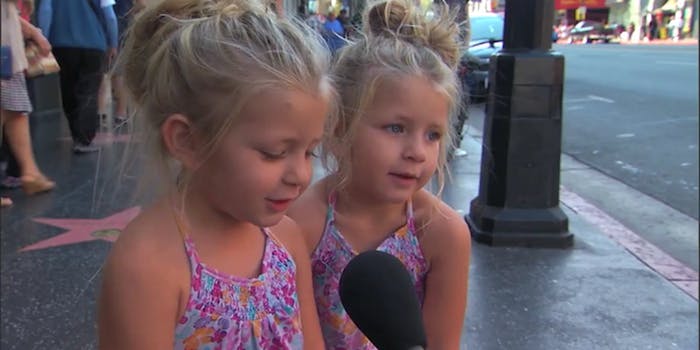 Ever since “Worst Twerk Fail EVER” was proven to be a stunt orchestrated by Jimmy Kimmel, it seems no viral phenomenon is safe. Are we going to find out Miley Cyrus is actually Kimmel in disguise? What is real anymore?

On his show, he frequently takes to the street to ask questions of passersby. His Coachella prank earlier this year was one of the best examples of his ability to troll in the name of comedy. Based on a new study that claims women are more likely to engage in road rage, Kimmel’s woman-on-the-street asked kids, “What the worst thing Mom ever said?”

The responses range from a stern “No!” to declarations of stupidity, but then kids basically just start dropping F-bombs, which was surely the goal of this Q&A.