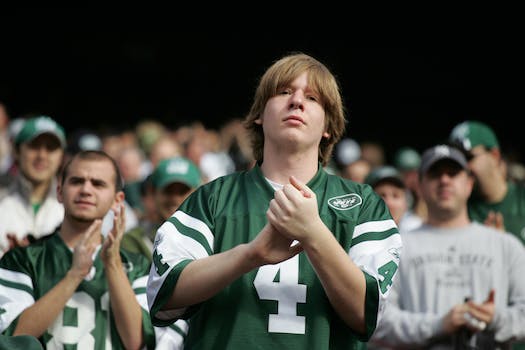 It's a pretty s**tty time to be wearing Jets gear—especially in Manhattan.

It’s a pretty crappy time to be a Jets fan.

The team is currently 1-8 with no end to the season in sight, Geno Smith’s on the bench while Michael Vick starts for the team, and they were forced to watch as former quarterback Mark Sanchez pulled off a win last week for the Eagles. That being said, one brave fan decided to bare all and don a Jets T-shirt somewhere outside MetLife Stadium. It’s a show of solidarity, or something, in a city that has far more Giants supporters.

This time, we’re only subjected to five hours of this Jets fan walking around spread out over a one-minute video, and it’s pretty much on par with any comments fans have received over wearing wearing rival colors on away turf.

You’ll recognize the parody—it’s riffing on “10 Hours of Walking in NYC as a Woman,” the viral catcalling video that’s been criticized for its racial politics.

While Jets fans may be the last ones laughing as their team finally has a chance to win this week, just remember the actual conversation we should have when talking about those catcalling videos.

H/T The Big Lead | Photo via MarineCorps NewYork/Flickr (CC BY 2.0)