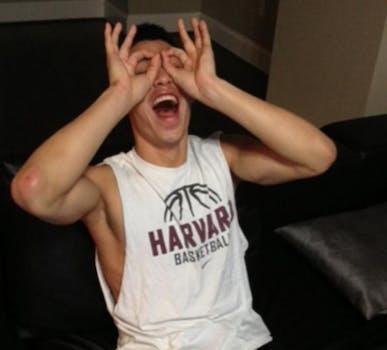 After the Harvard Crimson (14) defeated the New Mexico Lobos (3) 68-62 in a “stunning upset” in the opening round of the NCAA men’s basketball national tournament, Lin, a Harvard alum, tweeted the following message to his 988,000 followers. 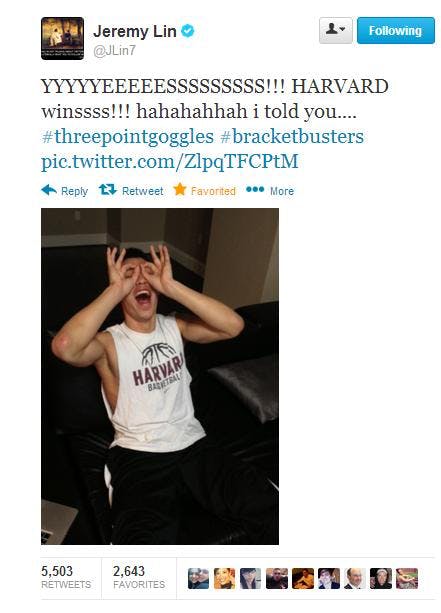 In February 2012, Lin set the sports world on fire after he came off the bench to lead the New York Knicks to a six game winning streak. Lin’s heroics inspired the Twitter hashtags #linsane, #linsanity, and the meme “Linning.”