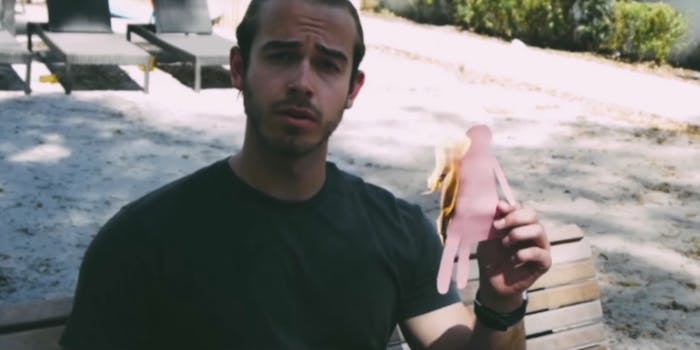 I guess he thought this was going to be charming?

It’s a cloudy day. A stranger in dark glasses stares out over a lake. Ominous music plays in the background as he begins to sing: “Are you…are you coming to the beach?”

Sure, that’s creepy enough, but on top of that, everything about this video shouts “potential serial killer.”

Here’s a tip: If you’re going ask out a complete stranger in a public video, maybe choose music that isn’t in a minor key. And for Christ’s sake, don’t wear your Forest Gump shirt. Is it because he’s asking Jenny out? Who knows.

Here are some other things to consider:

Don’t wear a garbage bag for no reason.

If you’re going to record yourself shooting baskets, do a few retakes until you make one.

To be fair, getting rid of that mustache was probably a good call—although replacing it with a man bun is a lateral move at best. 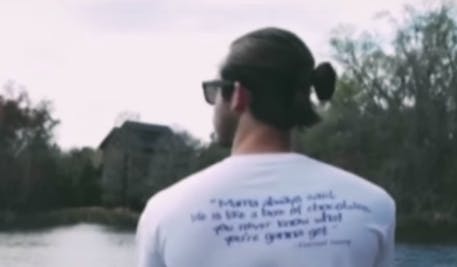 This might seem like a no-brainer, but fellas, if you want to win a lady’s heart, do not make a voodoo doll of her and set it on fire. 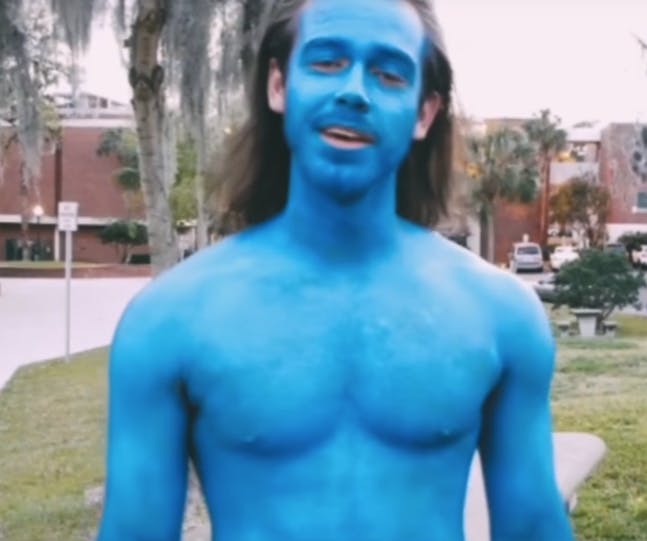 And if you’re going to do it, at least don’t skimp on the ears.

Oh, and one more thing: just don’t ever make a video like this.

When his friends ask him about it—and oh, are they are going to ask—he’ll no doubt say that he was just doing it as a joke, but deep down, you know he believes he’s got a shot.

If his invitation ever does make it to Lawrence, she’s just going to shudder and double her security detail. In fact, Ms. Lawrence, if you’ve already seen this video and you need someone to talk to, feel free to reach out to me. Perhaps we could meet up for dinner?