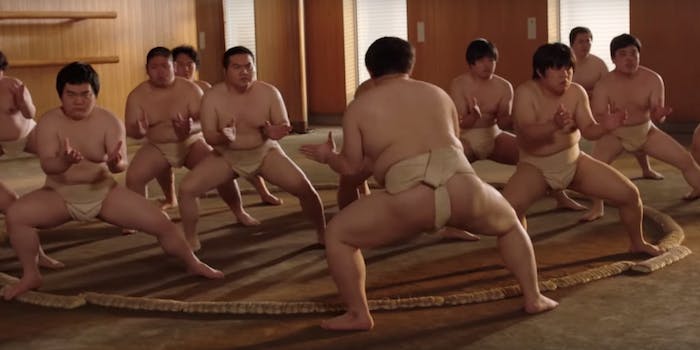 It's a musical about singing, dancing teen sumo wrestlers. Need we say more?

Sumo Road (aka Dosu Koi Musical) sounds like your typical coming-of-age sports movie: a friendless exchange student wants to join a college sports team but has to prove himself by facing up to the intimidating team captain.

In this case, though, the sport in question is sumo wrestling, and the movie is a musical with full Japanese song-and-dance numbers. Obviously, the trailer looks just as incredible as you would expect.

Who knew that “Glee meets sumo wrestling” would ever be a thing?