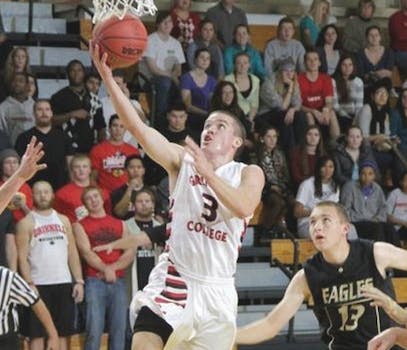 You might not be able to guard Jack Taylor, but you can at least follow him online.

So how did the sharp-shooting sophomore celebrate his distinction? Not by partying or taking a trip to Disney World. No, none of that went down.

Aside from the introductory tweet, Taylor has also sent messages to Oklahoma City Thunder forward Kevin Durant, ESPN basketball analyst Dick Vitale (twice!), and Mark Driscoll, a pastor in Seattle, Wa., who Taylor wrote taught him about Jesus and “continue[s] to help me grow as a man.” 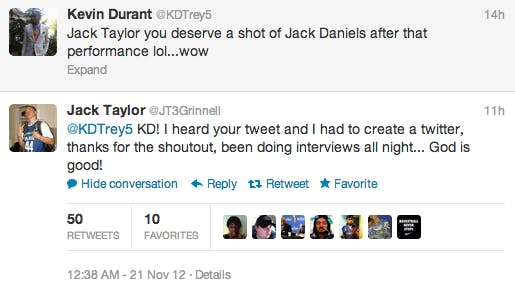 Taylor only follows six people at the moment—Durant, Vitale, Driscoll, “aspiring YOLO” Hayes Gardner, Minnesota State Maverick Jimmy Whitehead Jr., and Twitter’s verified account handle—but that number could go up as Taylor begins to realize that Twitter is an actual thing that has some momentum and not just a passing fad on the Internet’s endless highway.

For now, the Iowa native is likely transfixed on watching highlights of his 138 point performance, which can be seen in truncated form right here.