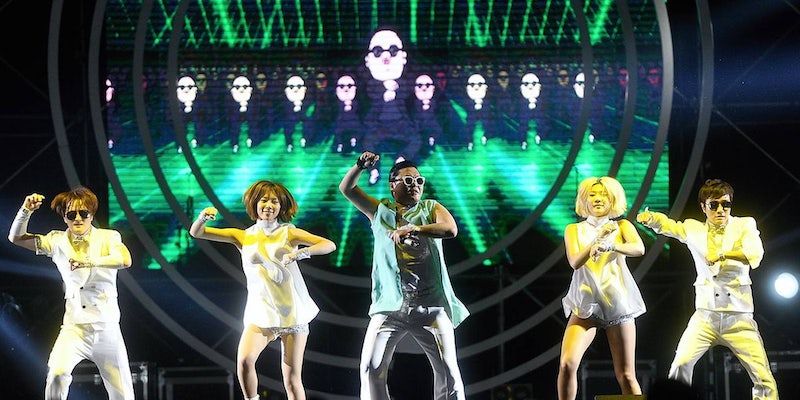 It's all an illusion.

In an age not all that long ago, if someone were to say your video, song or meme went viral, it really, truly meant something. It was an organic thing that was spread from person to person. The concept of something being so compelling for one reason or another that you simply had to share it with other people. There is a reason the K-pop hit song “Gangnam Style” has been viewed more than 2.5 billion times on YouTube. It was infectious, much like a disease.

But the age of truly viral content may be a thing of the past soon, if it isn’t already.

The fact of the matter is, most things that are touted as viral these days aren’t really viral at all. It is simply an illusion. Content has an incredibly small shelf life on the internet, and in recent years the amount of websites that need content have absolutely skyrocketed. That being the case, there is an almost feverish need to find things that will bring in eyeballs. So basically, any form of media outlet will latch onto anything that they think eyeballs will latch onto for just long enough to ensure that the ad revenue from whatever page you are on or video you are watching is secured.

As for what counts as viral? Well, there has never been any firm number or definition. It was really just something that became very apparent at some point in the process.

The age of truly viral content may be a thing of the past soon, if it isn’t already.

Now the minute somebody says, “We’re making this to go viral,” it’s essentially doomed to fail, because true, organic viral content isn’t something that can be engineered, calculated, faked or have money thrown at it to make it happen. Actor and comedian Will Ferrell once described this on the Nerdist Podcast when discussing how his Funny or Die short “The Landlord,” which features his daughter and a cheap handheld camera, has gone viral 10 times over, yet the “Presidential Reunion” sketch, which brought together a crazy cast of Saturday Night Live alumni to be various presidents throughout history and was directed by Ron Howard, got only a fraction of views.

YouTuber Kevin Nalty gives about as good of a modern numbers breakdown as anyone could, just for a point of reference. “A few years ago, a video could be considered ‘viral’ if it hit a million views,” Nalty said, adding that starting in 2011, only “if it gets more than 5 million views in a 3–7 day period” could it be considered “viral.’” Again, there is absolutely no definite guideline, but this does give some sort of numbers to go by. Granted, it’s not easy for everyone who makes a YouTube video to hit these numbers, but the amount of videos that regularly hit that 5 million or so mark within a week is staggering. So are all of those videos “viral?” Is it that unspecial now?

Virtually every “Honest Trailers” or music video by any pop star on a record label could be considered viral if we’re simply going by the numbers and people’s willingness to share it. But when something was truly viral it was more than just a numbers thing. There was a spirit to it. That spirit is all but robbed from even the most heartwarming or truly engrossing video or piece of content now.

Between Facebook’s trending bar, your friend who shares literally everything they find on the web because they have nothing better to do or one of the very many content-based pages you were tricked into liking, odds are most content that is sharable will make its way onto your feed at some point. That means you’ll see it and if you like it, you’ll share it. It is very simple and passe.

How many lifehacking videos do we see that hit “viral” numbers every day? How many Vine compilation YouTube videos with a thumbnail of some girl wearing practically nothing do we see constantly recommended to us with literally millions of views? Sure, the numbers may dictate viral, but is that really what we think of when we think viral? Therein lies the point.

Perhaps the point is best illustrated by the formal definition of the term itself. “Becoming very popular by circulating quickly from person to person, especially through the internet.” That is the definition of viral content as we know it, however, maybe the original definition of the word is more true to the old days of truly viral content: “Of, relating to, or caused by a virus.” The way a virus spreads is involuntary, unless you really go out of your way to avoid it altogether. No human contact. That feels more like the original gif of the dancing baby. Impossible to avoid. Involuntary. It was in the water. When was the last time something really felt like that and didn’t feel a little manufactured? It happens to some degree, but it is much less frequent and definitely gets lost in the flow.

Now for the big question: Does it matter? Well, to that I personally say that in an age where we are more plugged in and content is so readily available and choice is a burden, it is sometimes nice to feel a part of a large pop culture moment and have it feel organic. Not obligatory.