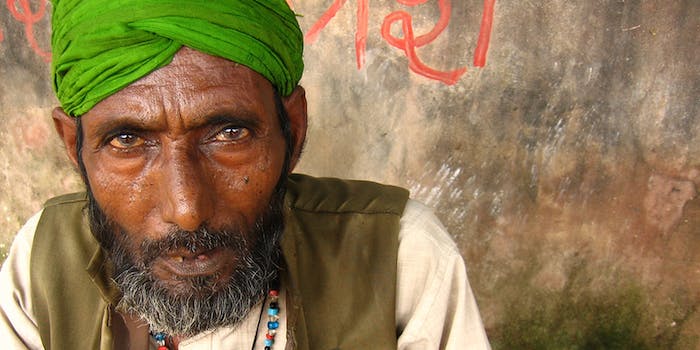 The disturbing psychology behind racist attacks against Muslims

Why does the world keep conflating 'Muslim' with 'terrorist'?

Even before the events in Paris this week, many Americans already harbored prejudicial attitudes toward Muslims, and not surprisingly, there has been a flurry of Islamophobia in the immediate aftermath of the Charlie Hebdo attacks, but it’s all part of a long history of treating and fearing Muslims as the Other. The true enemy, though, is not a single religion or ideology, but rather the instincts that cause us to view our fellow human beings collectively rather than as individuals.

In a 2011 article of Psychology Today, Dr. Lisa J. Cohen explained that the instinct to generalize large groups of people—like Muslims—is one of the root causes of racial, religious, and other forms of prejudice. “The tendency to classify our experience into categories is a fundamental and universal aspect of human cognition,” Cohen wrote. From an evolutionary perspective, it is necessary and healthy that we do this, in part to keep our brains from getting cluttered with extraneous thoughts and in part to help us make quick decisions that in survival scenarios could mean the difference between life and death.

At the same time, there are downsides to this psychological reflex, particularly for people who wish to live in a pluralistic society. As Gordon Allport wrote in The Nature of Prejudice, prejudice—like Islamophobia—involves “feeling, favorable or unfavorable, toward a person or thing, prior to, or not based on, actual experience.” When we interact with people as individuals, we tend to hold them accountable based on what they do as human beings; prejudice, on the other hand, causes us to collectively attribute to each person qualities we ascribe to an entire group.

That’s what leads to Islamophobia. Lacking direct experience with Muslims, Westerners view them as a collective, rather than as individuals, and that results in prejudicial thinking and actions. A series of cognitive biases skew our perception of Muslims, including the tendency to view members of our ingroup as individuals and outsiders as a massed “other,” along with stereotypes and appeals to collective identity. Fear and hatred of Muslims and Islam has become a ubiquitous sight in the West.

After the Charlie Hebdo shootings, some media outlets quickly illustrated the scope, and dangers of, Islamophobia. Instead of attributing the attacks to individual terrorists representing an extremist take on Islam, Islamophobic thinking held all Muslims accountable—an attitude that comes with serious implications. Such social attitudes contributed, for example, to the wars in Afghanistan and Iraq, as well as attacks on Muslims after Sept. 11.

In a tweet, Eric Bolling of Fox News summed up these tendencies nicely with a message arguing that we should “profile the Hell out of them,” the “them,” of course, being Muslims. Why do you ask? Bolling said, “That way we don’t have to pat down granny at the airport while Jihad Joe waltzes through.” Not only did he advocate a policy that depends on broad religious (and to a lesser extent racial) profiling in order to be implemented, but he drew on a visceral form of visual stereotyping to reinforce his point. “Granny” was associated with innocuousness, “Jihad Joe” with terrorism, but both depended on the use of archetypes to make an emotional point.

Meanwhile, conservative periodical the Weekly Standard tweeted an image of Muhammad from the Danish cartoonist Kurt Westergaard with the caption “Print Free or Die.” The cartoon replicated a famous image associated with another international incident (the Danish cartoon controversy of 2006) in which Muslim extremists broke out in violence over a piece of Western satire they found objectionable. At the same time, paraphrasing New Hampshire’s state motto of “Live free or die!”—which is, in turn, an iconic rallying cry from the Revolutionary War—harkened back to one of the seminal moments in Americans’ own national history, appealing to a shared Western identity of free speech.

Richard Dawkins took to social media to paraphrase Vladimir Lenin—tweeting that “some useful idiot will claim it [the Paris attacks] had nothing to do with religion”—before proclaiming, “No, all religions are not equally violent. Some have never been violent, some gave it up centuries ago. One religion conspicuously didn’t.” This is not the first time that Dawkins has argued that Islam, as a faith, deserves to be condemned—or, for that matter, that it is inherently more violent and dangerous than the other Abrahamic religions. While Dawkins is an outspoken critic of the other Abrahamic faiths, the impulse to single out Islam for opprobrium constitutes another form of othering.

Xenophobia also plays a role in the attitudes toward Muslims. “Webster’s dictionary defines xenophobia as the ‘fear and hatred of strangers or foreigners,’” writes Douglas Kenrick of Psychology Today. “Unlike other phobias, this malady is not limited to a small clinical population, but is found all around us.”

The most noxious example of this may have been Sean Hannity’s comment that Americans should respond to the Charlie Hedbo attacks by demanding that Muslims better integrate themselves into the American melting pot. “Is this [establishing policies that accommodate Muslims] a major mistake, made by France, Europe in general?” he asked. “Are we making that mistake in the United States, not insisting on assimilation?” Even though American Muslims share the general public’s concern about Islamist extremism, the assumption that they were somehow in need of assimilation reveals the xenophobe’s basic fear of the other.

This bleeds into another manifestation of Islamophobia: the idea that every Muslim needs to denounce acts of terrorism. “This ritual began shortly after September 2001,” writes Max Fisher of Vox, “American Muslims, as well as Muslims in other Western countries, feared that they could be victims to a public backlash against people of their religion.”

While publications from the Wall Street Journal to the Huffington Post have attempted to counter this by running articles itemizing the Muslim groups and leaders who have condemned the attacks on Charlie Hedbo, the very fact that there is the perceived need for such statements speaks to the bigotry in the public perception. Groups that aren’t perceived as “Others,” like Christians, are not held to the same standard when there are acts of violence motivated by extremist Christianity (such as hate crimes against homosexuals or bombings of abortion clinics). Because Muslims are perceived as ineffably different, there is a tendency to want each individual to be held accountable for the acts of the whole.

Humans have a tendency to view opponents as a simple collective rather than as distinct individuals. Sometimes it’s Muslims blaming the West for the complicated problems facing most post-colonial nations, and sometimes it’s Westerners viewing all Muslims as potential terrorists. It’s not Muslims—or Westerners—that are the enemy, but rather our belief that everyone not like us must be the same.

Photo via Meanest Indian/Flickr (CC BY 2.0)