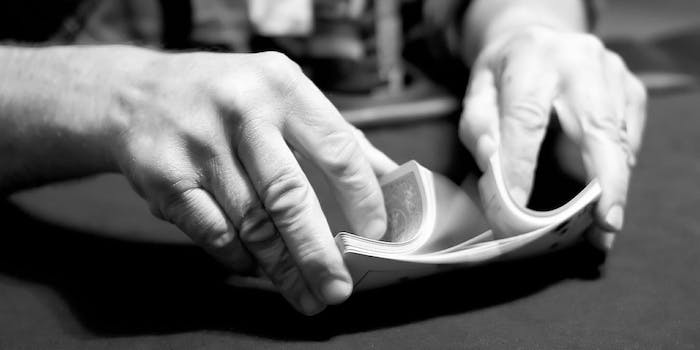 Now that's what we call 'multitasking'.

The Irish man in this video is clearly hiding a story up his sleeve.

While we’ve seen people showing off at bars with stories or card tricks, it’s definitely tricky (no pun intended) trying both at the same time.

You can no longer rely on producing someone’s card after a few shuffles. The beats of your tale now have to match the cards, and if one card is out of line, say goodbye to your audience.

Somehow, this guy does it perfectly and gets his just reward.

His story isn’t half bad, either. It’s certainly worth a listen.