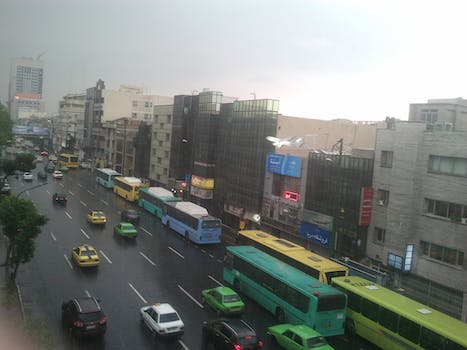 Why Iranians might actually use the censored “halal Internet”

Iran is making accessing forbidden material more trouble than it's worth.

A lot of accounts have been written about Iran’s “halal Internet,” a closed national Web “purified” of pornography, blasphemy and political dissent, since before it launched late last year.

But, according to a report by Small Media (PDF) on Iran’s filtering regime, this closed system is only the most visible part of the country’s strategy for strangling the free flow of information.

No country can simply block its citizens’ access to the Internet with the flick of a switch, unless, as happened during the Arab Spring revolutions in Egypt and Libya, you’re willing to shut off the Internet entirely. So what do you do? You unite social, legal and technical means to make accessing forbidden materials too much trouble. That’s what Iran is doing, in what The Verge termed “a cut-rate version of China’s Great Firewall.”

Among the measures Iran is using to subtly force Iranians to migrate to the Halal Internet:

And on top of that, it doesn’t offer popular services like Google and Skype. But Iran may not need them to encourage people to use its private, censored Internet.

“Why would you go to YouTube.com, which is slow, it’s filtered, it’s not in Persian, when you can go to YouTube.ir which is fast and has pirated content?” asked Collin Anderson, one of the report’s collaborators. “You’ll never see a video of Neda getting shot, but how often are you going to look at that? And it’s illegal anyway.”

In other words, if Iran can make it more expensive, in terms of time, trouble, social opprobrium and legality, to access the wider Internet, then Iran’s national Internet has a real chance of taking root and defining the Web for a generation of Iranians.

However, given the stubbornness, technical chops, and creativity of the country’s young people, it is far from a foregone conclusion.

H/T The Verge | Photo by Jadi/Flickr