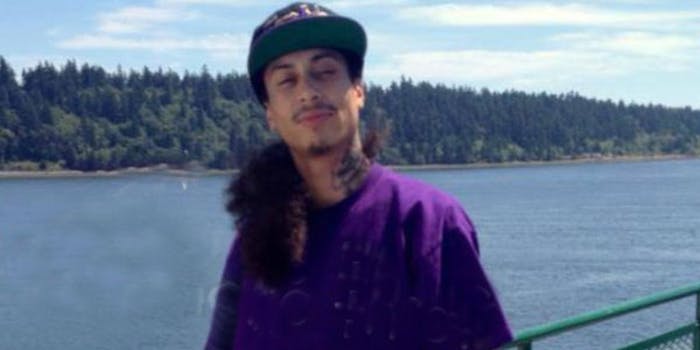 This photo isn't getting the kind of shares he wanted.

That an iPhone would be synced to the owner’s Facebook account strikes most of us as obvious. Then again, most of us don’t have to worry about the complexities of posting a status update with a stolen phone.

That appears to be the mistake recently made by a thief in Bremerton, Washington. Not long after resident Jeannie Allen noticed her iPhone had gone missing near a ferry dock, a surprising new photo turned up on her Facebook account. The caption read: “ya know on the ferry.”

The young man pictured was thought to be the culprit, or possibly just the thief’s buddy, given that it’s not a selfie—either way, the surrounding community is on the lookout, thanks to a post on the Union Hill Neighborhood Association’s own Facebook page. Bremerton Police are also investigating the incident.

While some citizen crimefighters are trying to track down the mystery man, others are just publicly shaming him for, among other things, his sagging shorts.

It seems like another story of a thoughtless criminal undone by justice, sure—but what if it were an elaborate scheme on the thief’s part to throw law enforcement off his tail? Make up an excuse to take a photo of some stranger on a boat, “accidentally” post it to the victim’s Facebook page, then let him take all the heat!

Could be a great episode of Catfish, really.

Photo via The Blaze