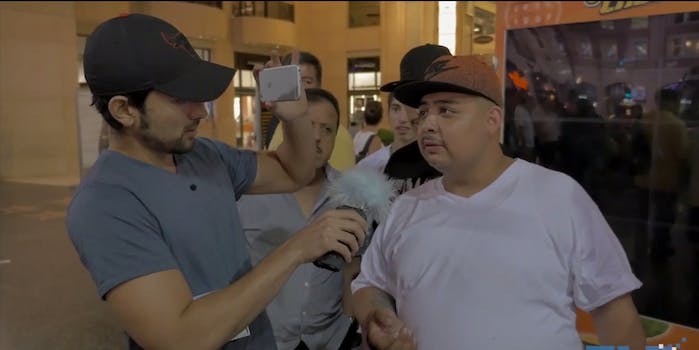 It’s OK to admit you love Android. These Apple devotees are doing it.

Did you know that Apple devotees are really closeted Android fans?

While the hardcore defender of every iDevice that rolls off the line will never admit to this, their actions speak louder than words. YouTube user Jonathan Morrison decided to pull a prank on unsuspecting users, allowing them to glimpse—and even play with—his brand new iPhone 6.

Of course, the iPhone 6 won’t be announced until Sept. 9. What Morrison had on hand was actually an old Android phone, a “next-gen clone” sent to him in an iPhone 6 box.

Considering these very intrigued reactions to the device, we can only wonder if Apple fanatics are capable of jumping ship to the tech giant’s biggest competitor. If so, then maybe there is hope for them after all.