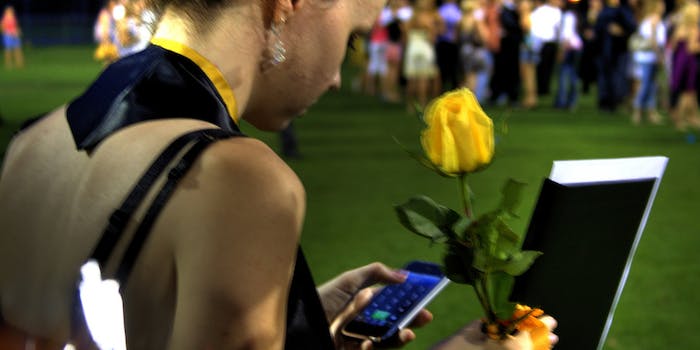 It didn't take long for iOS7 home screen masterpieces to pop up on Twitter.

If Twitter is any indication, the best feature of the iPhone‘s latest operating system is not its improved functionality, but rather its complete overhaul of the home screen.

Apple allowed users to install iOS7 on Sept. 18. The upgrade includes everything from multitasking capabilities for all apps to a male voice for onboard assistant Siri.

Dedicated fans of the iPhone, however, were most taken with the elimination of the icon-heavy home screens. With an added degree of visibility for wallpaper images and better icon placement, users quickly created their own “masterpieces” on their new desktop and lock screens. Within moments of installing iOS7, they were sharing images of their new backgrounds on social media like they were Instagrammed lunches.

We did a scan of Twitter and found some of the most impressive backgrounds that have been made possible by iOS7. From personal moments to breathtaking imagery to, yes, even Breaking Bad in-jokes, iPhone users had some fun with the greatest invention since, well, iOS6.

And let’s hope these new backgrounds will look just as spectacular behind the spiderweb of cracks that will inevitably plague the screens.

My #ios7 lock screen will always be better than yours. pic.twitter.com/BqRXC3lJAR

Updated to ios7 and put this as my lock screen so no one will want to steal my phone pic.twitter.com/FEWJ6wyZMt

And now I will tweet my lock screen with the new iOS7, 1 of 1billion pic.twitter.com/YvRJu6Whan