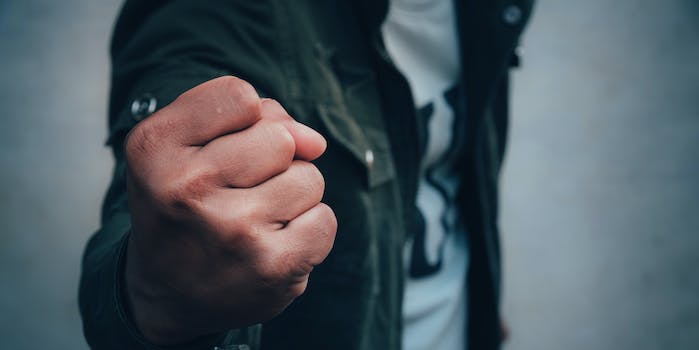 This week on the internet: Retail hell TikToks, the ‘Josh Fight’ is finally here

Plus: The story behind a Lakers podcaster catfishing.

April 24 is now a day of rumored events

Several events are supposed to take place tomorrow, April 24, according to the internet. First, there was the disturbing rumor going around TikTok that claimed a group of men had deemed it a national “day” for sexual assault. The Purge-esque hoax is the result of misinformation, as the Daily Dot’s Audra Schroeder reported. Still, the random date went viral on the app, resulting in millions of views for the hashtag #april24. Then, users on Reddit reminded everyone that April 24 is the day of the “Josh fight” that was scheduled a year ago. The “fight” between people named Josh was decided in a group message on Facebook—a screengrab of the message went viral, but it’s unclear if it’s real. “Meet at these coordinates, (40.8223286, -96.7982002) we fight, whoever wins gets to keep the name, everyone else has to change their name, you have a year to prepare, good luck,” the message read. The coordinates lead to a location in Nebraska.

This week, as people were reminded of the Josh Fight, there were lots of new memes and even an alleged change of location. Some hope that the fight will be the next “Storm Area 51”—but that seems unlikely, as the stakes are much, much lower (men forfeiting the name Josh vs. learning potential government secrets at a classified site that many people associate with aliens). Also, there’s now a billboard in Los Angeles asking Marvel to bring Tony Stark back to life in the movies—while very dumb, the billboard also flaunts the April 24 date to commemorate the two-year anniversary of Avengers: Endgame. What does this all mean? Probably nothing—or that April 24 is cursed.

In the interest of transparency (and because I love a good self-drag), I too thought CBD was the millennial snake oil…until I tried it, then I literally ate my words. Despite the lack of evidence from the FDA, many people still swear by CBD products. I’m one of those people.

Comedian Scott Seiss’ TikToks get at the inanity of working customer service. Seiss’ videos are fairly recognizable: He uses an IKEA greenscreen, with his face in the foreground. (Sometimes there’s a lanyard.) He’s also skillfully employed the Bad Girls Club drama sound, turning dumb questions—Do you work here? Can you just check in the back?—into dramatic confrontations.

Seiss tells the Daily Dot he worked at a Baltimore IKEA for three years, while doing improv and standup comedy in the evenings. But he only started making these videos in February—the BGC sound inspired him to write “a few retail-specific ones.” This week, Patton Oswalt elevated his content on Twitter, and LeBron James retweeted one of his TikToks, with the caption, “I’m literally shedding tears right now.”

Was this popular Lakers podcaster a catfish?

What started out as a call to help locate a missing Los Angeles Lakers podcaster took a strange turn this week after the potential discovery of an elaborate, years-long catfishing effort.

On Sunday, The Laker Point podcast host Josh Toussaint first put out the call to Lakers fandom to help locate his cohost, Vivian Flores, who had gone missing. Toussaint’s call went viral as people spread the word to find Flores; among them was actor O’Shea Jackson Jr. and Lakers power forward Markieff Morris. But, for some people, it seemed odd that only Toussaint was sounding the alarm over Flores’ disappearance. An archive search led to one Twitter user contacting @ChumZilla, who claimed that Flores was “a big catfish account I went along with 11 years ago to see how far it would go.”

Another bit of internet sleuthing led some to reverse-image search Flores’ photos, which revealed that Flores (or whoever ran the account) had used Photoshop to tweak several photos, including one of a Filipina basketball player.

A meme that originally showed different levels of a joint hitting is now being applied to other objects and pop culture.

Now playing: “Raspberry Beret” by Prince and the Revolution