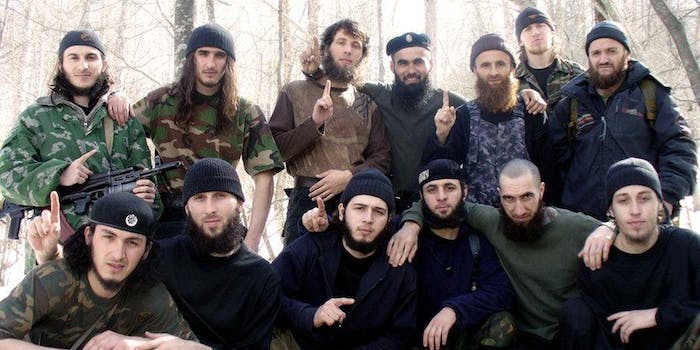 Sefa Riano didn’t exactly hide his plans to bomb the Myanmar Embassy in Indonesia. Long before police arrested the 29-year-old Islamic radical, they’d read his Facebook page, where he allegedly posted under the alias Mambo Wahab. Beneath photographs of rifle-bearing men in camouflage and banners espousing the glory of Jihad, Riano had left a couple goodbye messages for his parents.

One read simply: “God willing, I will take action at the Myanmar Embassy, hope you will share responsibility for my struggle.” It ended, as the Associated Press reported, with a yellow smiley face.

Police later arrested Riano and a friend in the early morning of May 3 as they sped through the streets of Jakarta on a motorbike loaded with five pipe bombs. Police say they were on the way to blow up the Myanmar embassy to protest the persecution of Muslims in the Buddhist-majority country.

The case may have been broken open by Facebook but, disturbingly, it’s also likely where the would-be terrorist was recruited. According to the AP:

Police said a growing number of young people in Indonesia, the world’s most populous Muslim nation, are being targeted for recruitment by terrorists on the social media site. More than one in four of the country’s 240 million people are on Facebook, thanks in large part to cheap and fast Internet-capable phones.

Let’s hope Facebook’s privacy settings continue to be as confusing to these wannabe terrorists as they are to the rest of us.