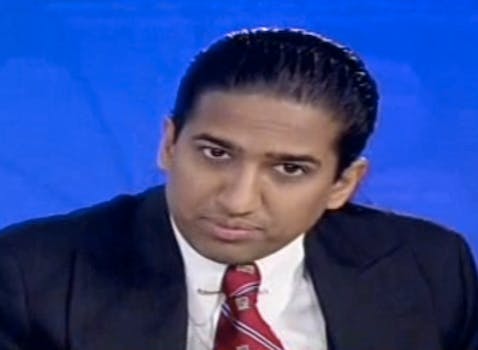 Indian government forced to censor one of its own websites

A recent defamation suit forced the Indian government to apply its notoriously harsh censorship laws to 78 of its own webpages.

The Indian government has gotten a taste of its own censorship, banning a government website to comply with its own defamation law.

The irony began Feb. 14, when Arindam Chaudhuri, honorary dean of the unaccredited Institute of Planning and Management (IPPM), won a defamation case in a Gwalior district court.

The IPPM has long faced accusations of misleading potential students with its advertisements. Things came to a head, Chaudhuri claimed, when the government’s University Grants Commission, which offers official accreditation, said the IPPM had lost its accreditation.

He also claimed on the show that strict anti-defamation censorship laws were standard practice around the world.

“You can’t just write crap, go on writing, and then give a suggestion on Google as if it’s true,” he said. “This is how it is worldwide. In most of the countries it’s like that, in the U.S. and everywhere else.”

78 URLs got the ban, including the University Grants Commission. The government has announced it will appeal the court decision.

India, considered the world’s largest democracy, has repeatedly been criticized for both its defamation laws and readiness to blacklist websites. In November, for instance, two young women were arrested when one was flippant on Facebook about a controversial politician’s funeral service, and the other liked her status. In August, hundreds of sites were temporarily blocked for fear they were inflaming religious tensions in the country’s northeast.

Of course, plenty of Indians are outraged by Chaudhuri and IPPM. But thanks to some hacktivists, the number of unavailable websites rose to almost 100 Saturday: Members of Anonymous India claimed credit for taking 16 IIPM site offline in retaliation.

Screengrab of Arindam Chaudhuri via ibnlive.in.com