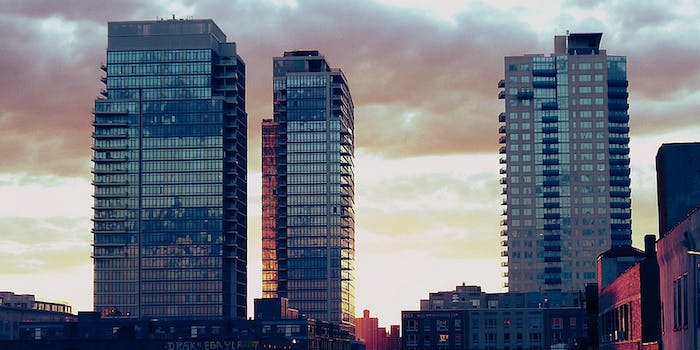 When we last checked in with comedian Scott Rogowsky, he was pissing people off by giving away free cupcakes outside a gym. Now he’s taken aim at New York’s elite ruling class by casting a harsh light on the real estate market in Williamsburg—a neighborhood that stopped being cool and affordable when it mutated into a yuppie enclave virtually overnight.

“What kind of monster do you have to be to live here?” Rogowsky wants to know. But the doormen and realtors he interrogates at various waterfront apartment buildings are just as baffled as he is. And his schemes for gaining access to the world of wanton luxury, like offering $200 in rent to sleep on the roof or in the yoga room, don’t quite pan out.

Don’t worry, Scott—there’s always plenty of room in Bushwick. But fair warning: It may be tough to shore up the numbers for a proper housewarming.