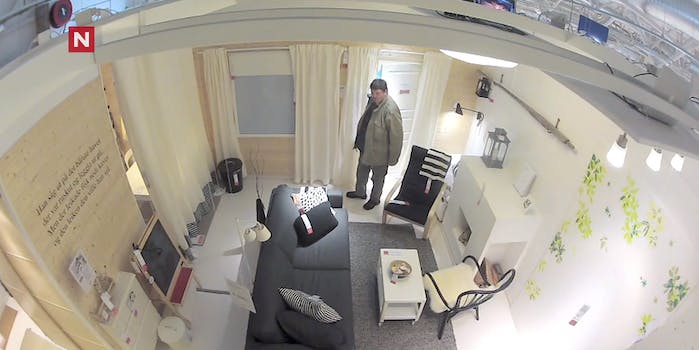 This could be the stuff of a horror movie.

Ylvis’s Bård and Vegard Ylvisåker were messing around with their audience on Norwegian TV long before “The Fox”‘s viral success introduced them to the rest of the world.

In a clip uploaded to their YouTube channel on Sept. 27, they descended upon one of Sweden’s most recognizable franchises, IKEA, and trapped customers inside the store’s affordably-furnished showrooms.

If you’ve ever shopped at an IKEA, you’ve probably gotten lost at some point. The things are designed to keep you stuck inside for as long possible. So when these poor shoppers can’t even escape a single room, you can bet they got a tad freaked out.

While Ylvis is working to translate their clips in order to bring them to a new and enthusiastic English-speaking audience, other channels, such as UploadingFriend, have taken it upon themselves to translate the videos and upload it to their channel instead.

With more than three times the views as the original Ylvis video on the IKEA prank, they’re clearly on to something.