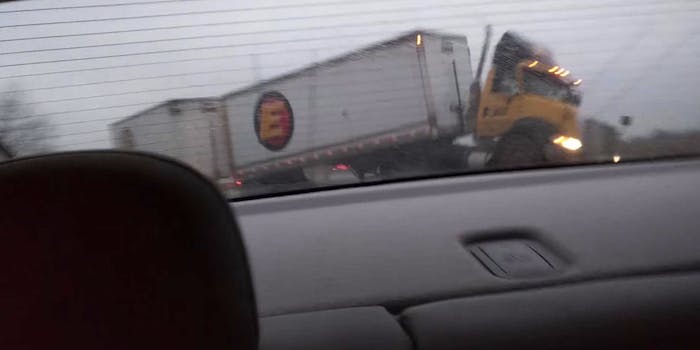 The cameraman survived, so we can say: worth it.

The New Jersey Turnpike is renowned for irresponsible drivers and a bewildering layout, the combination of which often results in some gnarly accidents. Throw in the winter affliction that is black ice and you’ve got a recipe for disaster.

Below, we see a motorist filming the aftermath of a weekend wreck just off the exit to New Brunswick—as we said, safety is an afterthought to most on this hellish road. Because this is New Jersey, the motorist cameraman inadvertently records his own totally surreal, slow-motion, near-death experience.

The cameraman wrote in his YouTube caption that he called 911 and waited for police to arrive at the scene of the crash. It was one of 400 traffic collisions across the state on an especially slippery Sunday.