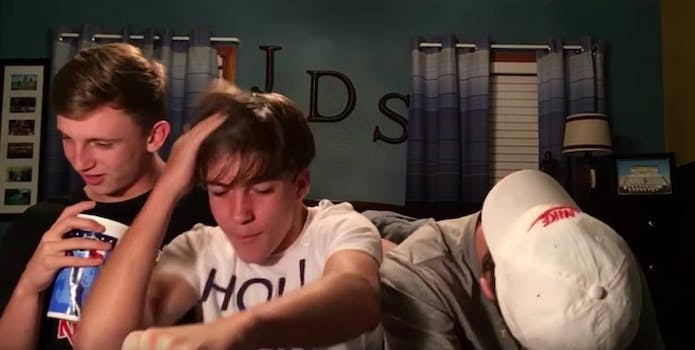 Is the Ice and Salt Challenge really sending dumb teens to the hospital?

One of the worst challenges in internet history is making something of a comeback, and it could have terrible repercussions.

The “Ice and Salt Challenge”—in which people pour salt somewhere on their body and then see how long they can hold ice on it—is incredibly dangerous. The combination creates what’s known as a eutectic frigorific mixture—one that reaches temperatures below negative 10 degrees Celsius. The mixture can cause second- and third-degree burns within seconds of exposure, and the scarring from it can be permanent.

The challenge first went viral in June 2013, when a 12-year-old badly injured his back trying it with his brother. That should’ve been the end of it, but the salt and ice challenge is making the rounds again this week. Multiple TV news channels have produced segments warning parents about it. Here’s one from an ABC affiliate.

But you can save your awkward lecture about #teens these days. The resurgence can be traced back to this video from Aug. 28.

The video appears to be a relatively isolated incident. The YouTuber responsible, Ughitshayden2, is seemingly the only one trying to make the challenge trend. While a Fox affiliate claimed that the challenge “sends teens to the hospital,” the article doesn’t mention any specific and appears to be referencing the June 2013 incident.

Ughitshayden2 repeated the stunt in a video in November, but luckily, few have taken notice.

Must’ve been a slow news day.