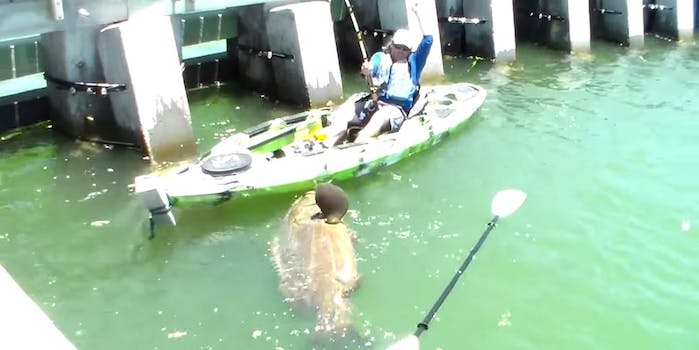 This is his white whale.

In what will probably be a tale to tell his grandchildren, one lucky kayak fisherman caught a record-breakingly ginormous goliath grouper.

Jon Black was fishing next to a pier off Florida’s Sanibel Island when the aquatic beast found itself hooked on his line. Weighing approximately 552 lbs., with a length of 83 inches, and 73 inches wide, BroBible reports, it’s the largest goliath grouper caught from a kayak.

It’s also pretty much the size of the tiny boat.

But more importantly: Is he going to eat it grilled or fried?