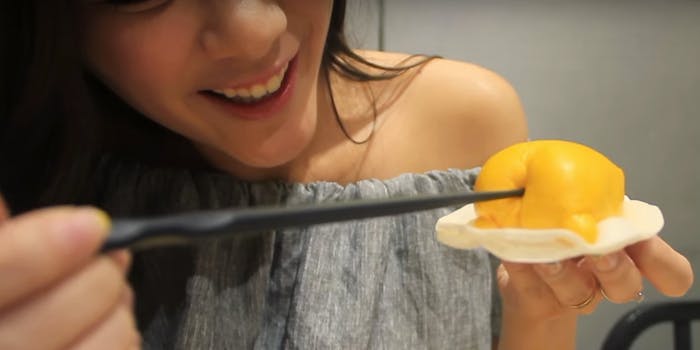 This Hong Kong bakery sells a pastry that vomits and poops

Sanrio, the company best known for creating the cultural phenomenon that is Hello Kitty, has literally hundreds of characters in their lineup. But Gudetama (the name means “lazy egg”) might be the most unique. 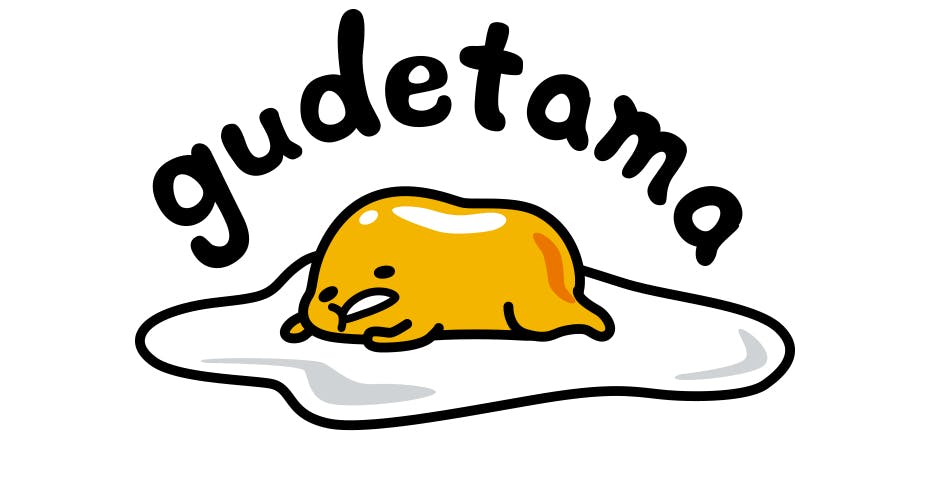 When Gudetama was created in 2013, he became instantly popular in his home country of Japan, crossing the sea into China, where even more people fell in love with the little yolk laying on his bed of egg white. You can buy Gudetama hats, notebooks, and even full body costumes—if that’s your thing. 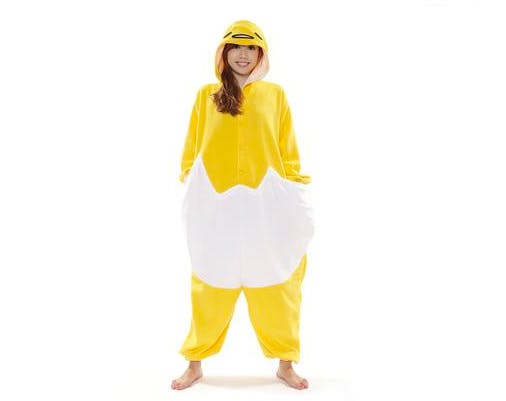 But Hong Kong restaurant Dim Sum Icon might take the cake. They offer these pastry versions of Gudetama that poop or vomit when you squeeze them.

The Daily Dot was able to get a hold of Dim Sum Icon via their official Facebook page. It took some time for the kind people there to get back to us, as they were waiting for an employee who could read and write English well enough to answer our questions to return from vacation. We’ve left their answers in their original form, and would like to note that their grasp of the English language is infinitely better than our Chinese.

Here’s what they had to say about their adorable/disgusting creation:

Daily Dot: Gudetama is obviously a popular character, but what made you decide to make him into buns that vomit and poop?

Gudetama is designed by Sanrio Japan. The character’s image is very cute, so he draw many people attention, especially female. Besides, Hong Kong teenagers like originality and novel gimmick, so they think make Gudetama into buns and vomit and poop are entertaining and novel, then they are willing to try it. Because of his popularity, we designed to make him into buns and vomit and poop.

How well are they selling?

They are doing well because the dishes look cute and delicious, and the people will take photos with the food and upload to the social media and share to their friends. Then, more and more people who like originality and Gudetama will go Dimsumicon to have a meal.

Younger people are more likely to buy them because the location which is teens hotspot and the food appearances are cute.

How do they taste?

This buns is filled in full of chocolate. It’s very delicious and also cute.

Have you gotten any negative reactions from customers?

Some people will feel very sick with the buns vomit or poop but at least we brought to the attention of the public.

Who is the girl in this video? Does she work at the restaurant?

She is Eunice Chan who are a model and singer in Hong Kong.

How long have you been in business?

DimSumIcon was established in May 2015.

Do you plan to create any items similar to this?

There is no plan to create more similar items temporary. We regularly will to have a crossover project with different character to launch of a variety dim sum. The next collaboration crossover project is little twins star, will be launched in December 29 2015.

Is there any way to get these buns in the United States?

haha…what a pity that i don’t think so.
Dimsumicon only has one in L308, 3/F, The ONE, 100 Nathan Road, Tsim Sha Tsui, Kowloon, Hong Kong temporary. We look forward to one opportunity to extend to United States.

So are we, Dim Sum! Until then we’ll just have to stick with our boring old jelly donuts, which stain our shirts without looking cute at at all.