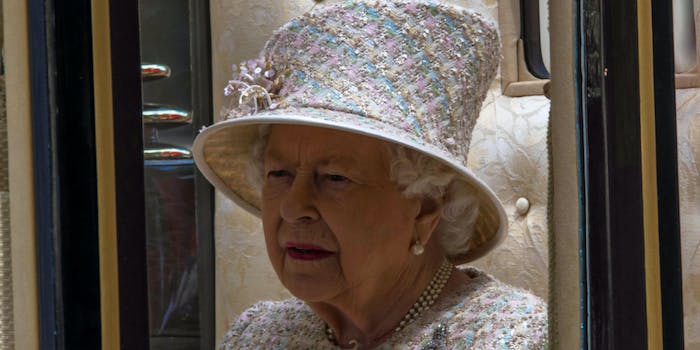 'wym the queen died. and wym the source is jason lee.'

On Wednesday morning, a Hollywood Unlocked account tweeted that the post, which went up on Instagram to Hollywood Unlocked’s 2.8 million followers as an “exclusive,” was “an accident,” and expressed its “deepest apologies” to the Royal Family.

“The intern journalist was misinformed and published the draft by mistake,” it read.

While that tweet is now deleted, it was still confusing to some, because Hollywood Unlocked CEO Jason Lee had previously doubled down on the report, tweeting on Tuesday afternoon, “We don’t post lies and I always stand by my sources. Waiting for an official statement from the palace.” On Wednesday, he tweeted about a “fake account” that had posted a “retraction,” but clarified that Hollywood Unlocked had not retracted its story. It appears he’s referencing the @HollywoodUL account, though it’s not clear if that account is his. Adding to the confusion, the @HollywoodUL account retweeted his post about the “fake account.”

The edited Queen Elizabeth Instagram post is still up as of Wednesday morning. It states: “Sources close to the Royal Palace notified us exclusively that #QueenElizabeth has passed away. She was scheduled to attend the wedding of British Vogue editor Edward Enninful, but was found dead.” (The original Insta post apparently said “Royal kingdom.”) A post on the Hollywood Unlocked site (by “DefaultUser”) is also still up.

The Queen recently contracted COVID-19, and canceled some “virtual” meetings this week while dealing with a “mild” case, according to the palace. Still, some found it dubious that Hollywood Unlocked would be the site to break this massive news. Others took pleasure imagining what legal action might take place.

But is the world so upside-down right now that this could actually be true?

We reached out to Hollywood Unlocked for comment. When the Queen does die, there is an official process in place for announcing the news.