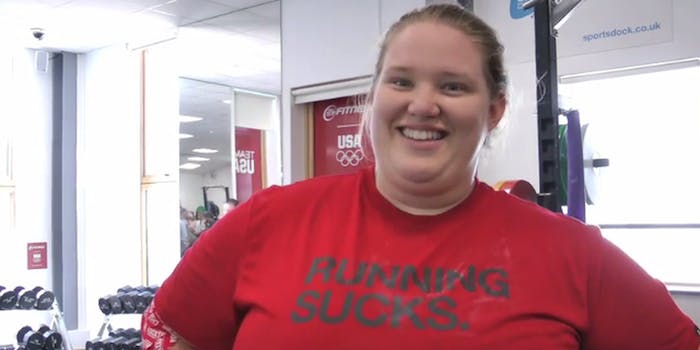 Like us, Mangold has noticed that plenty of athletes, particularly NFL players (I’m looking at you, J.J. Watt), have been filming themselves showing off their vertical jumps and posting them on social media in order to grab all the Likes and the wows (Olympic gymnasts do this, as well).

Mangold decided to give it a shot, and she posted the end result on her Instagram account.

So, three stars for the entertainment value. If you want to see Mangold do something really impressive, check this out.

Oh, and in case you think, Mangold is poking fun of football players in general, you’re probably right. After all, her brother is All-Pro Jets center Nick Mangold.