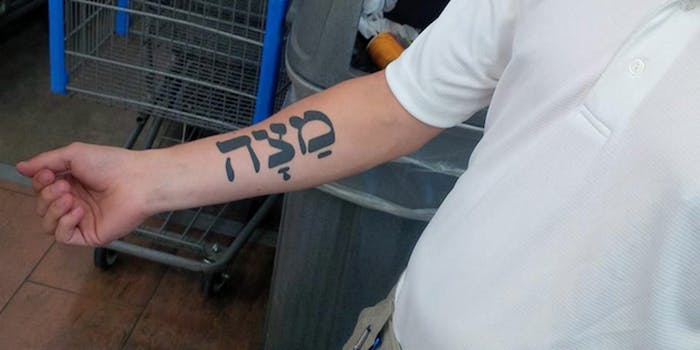 This guy has no idea what his Hebrew tattoo really means

All tattoos should be copyedited.

Before getting a tattoo, it’s important to make sure that the thing you’re having inscribed on your body is something that you want there forever.

Did the guy who got a tattoo of his baby’s face truly consider that choice? Or how about all these people baring Betty White’s likeness? And what can we say about the guy who tattooed himself with a fleeting internet meme?

Yes, many people skip this crucial step of deciding if a tattoo is a good idea, or even makes sense. An Arkansas man is one of them. Shopping at Walmart—a place that no Jew has gone before—Hebrew-speaker Sruli Schochet spotted another customer with an unusual bit of ink. 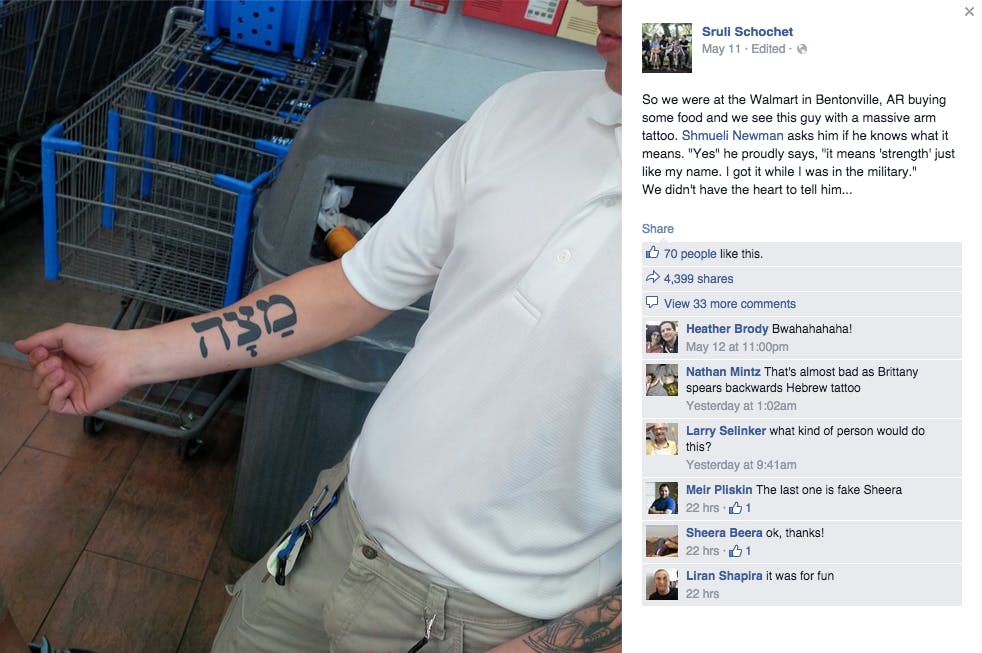 Schochet told BuzzFeed News, “When he told me that he thought it meant ‘strength,’ my mind was spinning. Was there some other definition of matzoh that I didn’t know? But I looked it up and there isn’t. This poor guy totally got fooled.”

He added that if the man with the matzoh tattoo gets in touch with him, he’s happy to start an online campaign to raise funds for removal.

Anyway, if you’re going to get a Jewish starch tattoo, at least make it challah.