Austin woman is selling a haunted sword on Craigslist

If you’re an avid sword collector, then today is your day: An elderly woman in Austin is selling a sword on Craigslist that she says is “from the 1700s” for the low price of $150. There is just one catch.

According to the ad, the woman acquired the sword from an antique store in 1984. When it was sold to her, the cashier advised her to “be careful because there is a 90+ percent chance that is cursed.” She notes that, in her 100-sword collection, this is the only one that is haunted (so act fast!). 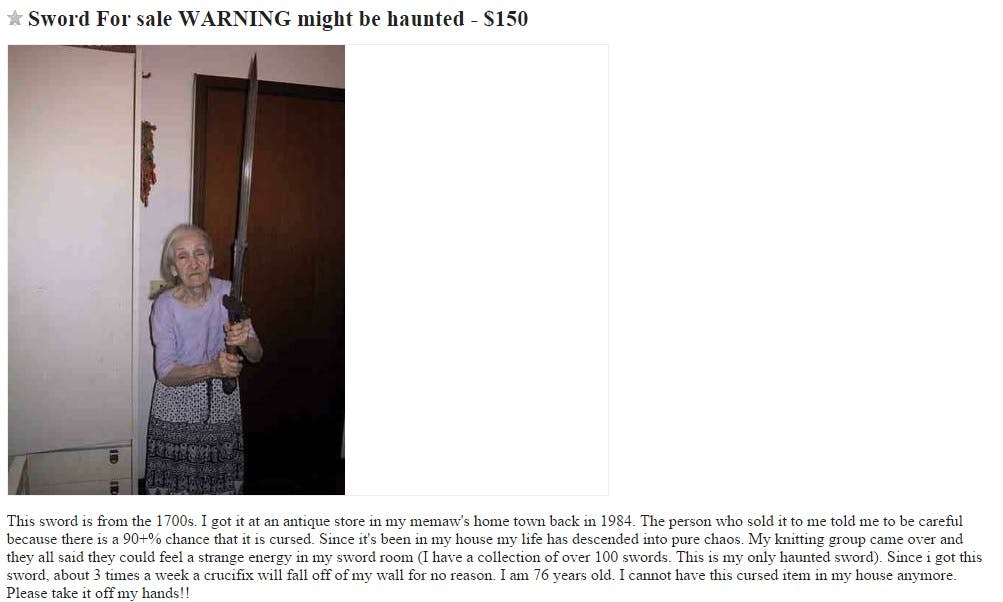 If you’re willing to cough up nearly $200 to help a sweet old lady rid herself of evil spirits, know that, as your crucifixes fly from the walls, you are in good company. 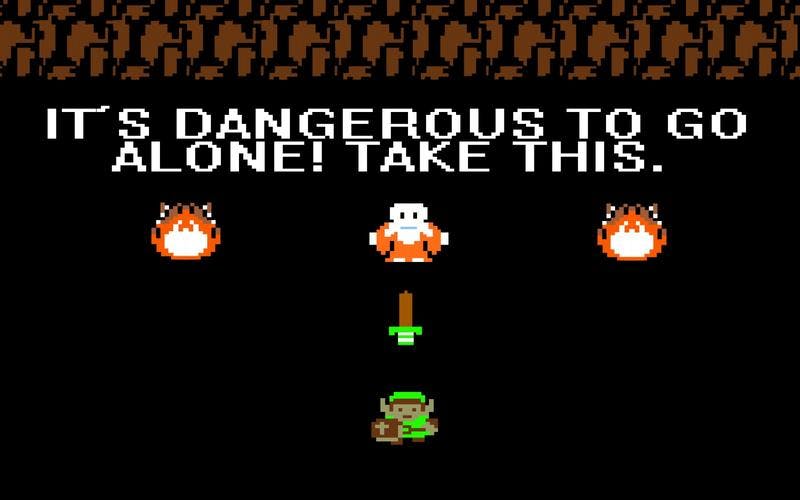