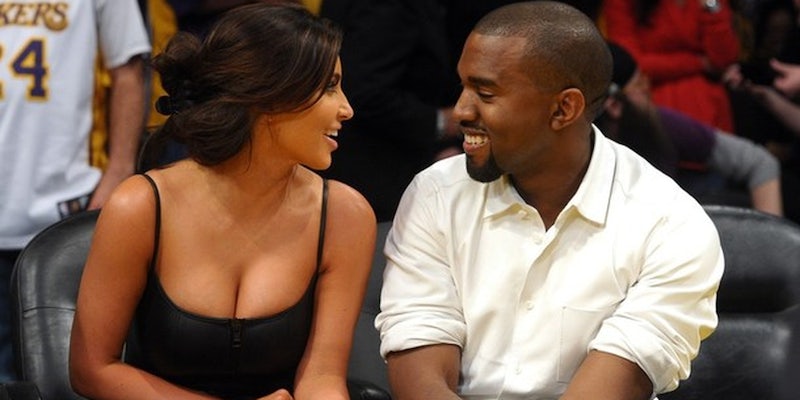 Your hatred of Kim Kardashian only makes her stronger

After netting a reported $200 million for her video game, Kim Kardashian is laughing all the way to the bank.

When Kim Kardashian’s iOS and Android game Kim Kardashian: Hollywood was first announced, many male video gamers reacted with derision. It’s “the stuff of nightmares,” Kotaku games journalist Luke Plunkett declared. In response to the game’s stated objective of “rising to fame and fortune,” Plunkett took a clear dig at Kardashian herself: “Why become famous for something you’ve actually done when you can just become famous?”

Now that Kim Kardashian: Hollywood is on track to earn a whopping $200 million dollars by the end of this year, the crowd of male game-playing naysayers is becoming even more vocal. The Daily Dot’s Dennis Scimeca, for example, labels the game “insidious,” calling Kim Kardashian “the next-best symbol of the vapidity of Hollywood culture to Paris Hilton.”

Some slightly more vociferous commenters on the gaming website IGN are declaring Kardashian’s success a “sign of the Apocalypse” and a symbol for the moral bankruptcy of Western society. “She probably can’t even play [her own game],” one commenter declares while several more lament their lost faith in humanity as a result of the game’s popularity.

But Kim Kardashian is surfing this wave of male tears all the way to the bank. In a world with limited opportunities for famous women as they age, Kardashian broke the Internet simply by lending her likeness to a single mobile game. And to read Kardashian as a vapid figure who does not deserve her fame is to fundamentally misunderstand the ways in which women exercise agency within the sexist constraints of celebrity culture.

Kim Kardashian is as brilliant and business savvy as she is gorgeous; Kim Kardashian: Hollywood is all the proof we need that she’s finally figured out how to transcend the system that gave birth to her career in the first place. She didn’t just make a game; she beat the game that all female celebrities are forced to play in order to stay relevant.

But we shouldn’t expect anything less of Kim Kardashian. Let’s not forget that she’s the alchemist who transmuted the potential ignominity of her sex tape into a multi-million dollar career in the entertainment industry. As Gita Jackson observes at Paste, “[Kardashian] had a choice when her sex tape was released—be forever known as a woman who had a sex tape, or try and take control of that situation.” Kardashian chose control and now she has her own enormously profitable multimedia franchise, an equally successful husband, and a family that can grace the cover of Vogue, not to mention the fact that Lana Del Rey sang at her wedding for free.

In her article for Paste, Jackson goes on to summarize all the work Kardashian has done to get to this point: she’s starred in nine seasons of a reality television show, designed clothing lines, made perfumes, recorded music, and guest-starred in movies, all while raising money to fight cancer and drawing attention to the Armenian Genocide. And yes, Luke Plunkett of Kotaku, these are all things she has “actually done;” she did not simply “become famous” ex nihilo. At this point, Kim Kardashian has become her own brand, her own industry even, but she’s worked damn hard to do so.

So why is the image of Kim Kardashian as a hollow, undeserving socialite so difficult for her to shake? It’s not that Kardashian doesn’t work; it’s that her work is not recognized as legitimate within a sexist world that sees feminine culture and lifestyle as frivolous pursuits undeserving of any serious attention. While feminism has made some serious legislative and financial strides in the United States in the past century, femininity itself remains an object of derision on a cultural level.

In fact, as NYU sociologist Dr. Paula England found, women have made inroads into traditionally male-dominated fields since the 1970s but the reverse has not been the case. England attributes the asymmetrical nature of this shift to the continued “devaluation of traditionally female jobs and activities.” In other words, women now want to become lawyers because law is respectable but men still don’t want to become nurses because nursing is feminine and therefore shameful.

So sure, women can wear pants into the board room now but god forbid someone like Kim Kardashian design women’s pants for a living! It’s this same principle that allows male video game reviewers to take killing seriously but to dismiss feminine activities like shopping and socializing as vapid. Kardashian’s business is her lifestyle and her lifestyle is unapologetically feminine in a world that still thinks femininity is a punchline. But if femininity is a joke, Kim Kardashian is getting a very profitable last laugh.

With the release of Kim Kardashian: Hollywood, she is joining the ranks of other female celebrities who are now smartly making their living off of their lifestyle as traditional media opportunities for women older than twenty remain few and far between. As of 2009, the Screen Actors Guild was reporting that over forty percent of all roles are for men 40 and over while “female 40 and over roles continue to be harder to come by as they represented only 28 percent of female roles in 2008.”

Female television and movie stars like Kim Kardashian have a limited amount of time to do their work before opportunities disappear forever. And as Jezebel reports, Gwyneth Paltrow, Jessica Alba, Blake Lively, Reese Witherspoon, and Jessica Simpson have all turned to lifestyle companies to secure income and maintain cultural relevance in a world that’s eager to forget the last generation of female stars in favor of a fresh crop of pretty faces.

Whether it’s Gwyneth Paltrow launching GOOP or Jessica Simpson minting a new clothing line, many female celebrities over 30 are leaving the Hollywood system behind to do what Kim Kardashian has been doing all along: promoting lifestyle. Paltrow, Alba, and Witherspoon all gave Hollywood their best before shifting gears after their film careers suffered the stultifying effects of sexist casting practices. Some stars, like Witherspoon, are only able to find meaningful roles for women by literally creating them when they produce their own films.

In the meantime, Kim Kardashian has gotten a decade-long head start on living off of her lifestyle and Kim Kardashian: Hollywood just bought her more time. Kardashian has made the last resort for other film and television stars into a thriving media empire, taking being “famous for no reason” farther than anyone else before her. She did not pass Go but she will still collect $200 million dollars.

So go ahead and dismiss Kim Kardashian as a mindless product of celebrity culture. While you were busy underestimating Kim Kardashian, all of our fingers started getting busy tapping her bank account balance into the stratosphere. In the end, she outsmarted all of us.

Photo via accidentalpaparazzi/Flickr (CC BY 2.0)