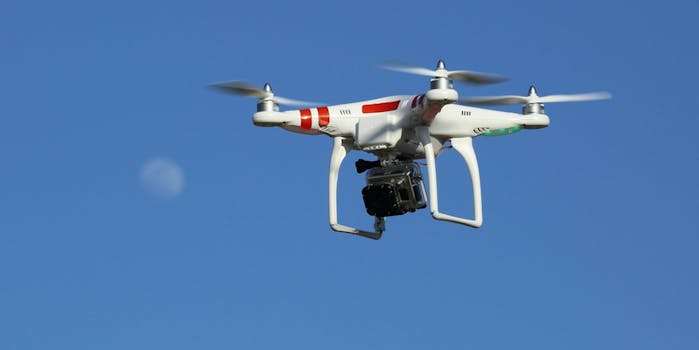 The thing about giving everyone a camera is that suddenly everyone is a photographer. Sticking it on their heads? Even worse.

It’s been beautiful here in Portland this week, so I took Monday off and attempted a hike. Recovering from Achilles tendonitis is a slow, painstaking (emphasis on pain) process, and so this wasn’t any deep woods sojourn: I could hear cars on the highway below me the entire time. They were far enough so I could pretend it was the ocean, but in terms of mountains, this was a total baby bump.

And yet: As I strolled up the mild incline, a woman came thundering down, right at me, kicking up a Tasmanian Devil’s worth of pebbles, twigs, and dirt. I jumped aside to give this clueless bitch the right of way, and that’s when I saw it.

Mounted to her head.

The modern version of a propeller on a beanie.

Look, I get it if you’re like a real, extreme athlete who does all kinds of adventurous and stupid shit. I get why it would be considered cool to have a camera strapped to your melon while you defy gravity so that I don’t have to.

But still: Is what that tiny camera’s filming really all that interesting? Or just nausea-inducing?

GoPro is making news lately; this weekend they’ve taken the title sponsorship of the Vail Mountain Games from Teva. GoPro’s financials look strong, also, so good on ‘em. I guess you can build a robust business based on the clumsiest of hikers, the shittiest of fencers, and the most inept of footballers needing to feel X-treeeeeeeme. 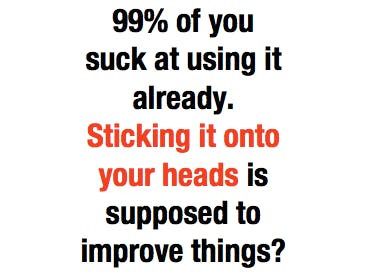 As a fellow mediocre athlete, I’ll share something with you, dumb hiker lady: You are not Tony Hawk. Or Shaun White. Or Travis Pastrana. You are an awkward chick careening down the bunny slope. I can guarantee what you are filming sucks more than another Blair Witch sequel (or the original, for that matter).

Can you do cool things with a GoPro? Depends on your idea of “cool.” Do I really want to get up close to a grizzly bear—and watch its nasty-ass trails of hell entrails saliva gumming up the camera? Or check out the view from your Roomba? Seriously?

See, that’s the thing about giving everyone a camera in their phones or whatever. 99% of you suck at using it already. Sticking it onto your head is supposed to improve things?

Repeat after me: Using a GoPro does not make you Pro.

There are people who are paid to film things. Things that are difficult to film. These people are (or were) really good at their jobs. The photojournalists at the Chicago Sun Times, for example. (Then again maybe I should STFU—if writers have become photographers, then it’s likely that photographers will become writers and then we’ll all be out of jobs, like some sort of fucked up career centipede.)

I know I’m in the minority: an Andy Rooney grumpus, a blossoming curmudgeon. But really: Can’t we leave anything to the experts? Or at least require GoPro purchasers to take a course or something? A major in “So What?” with a minor in “Why should I care?”