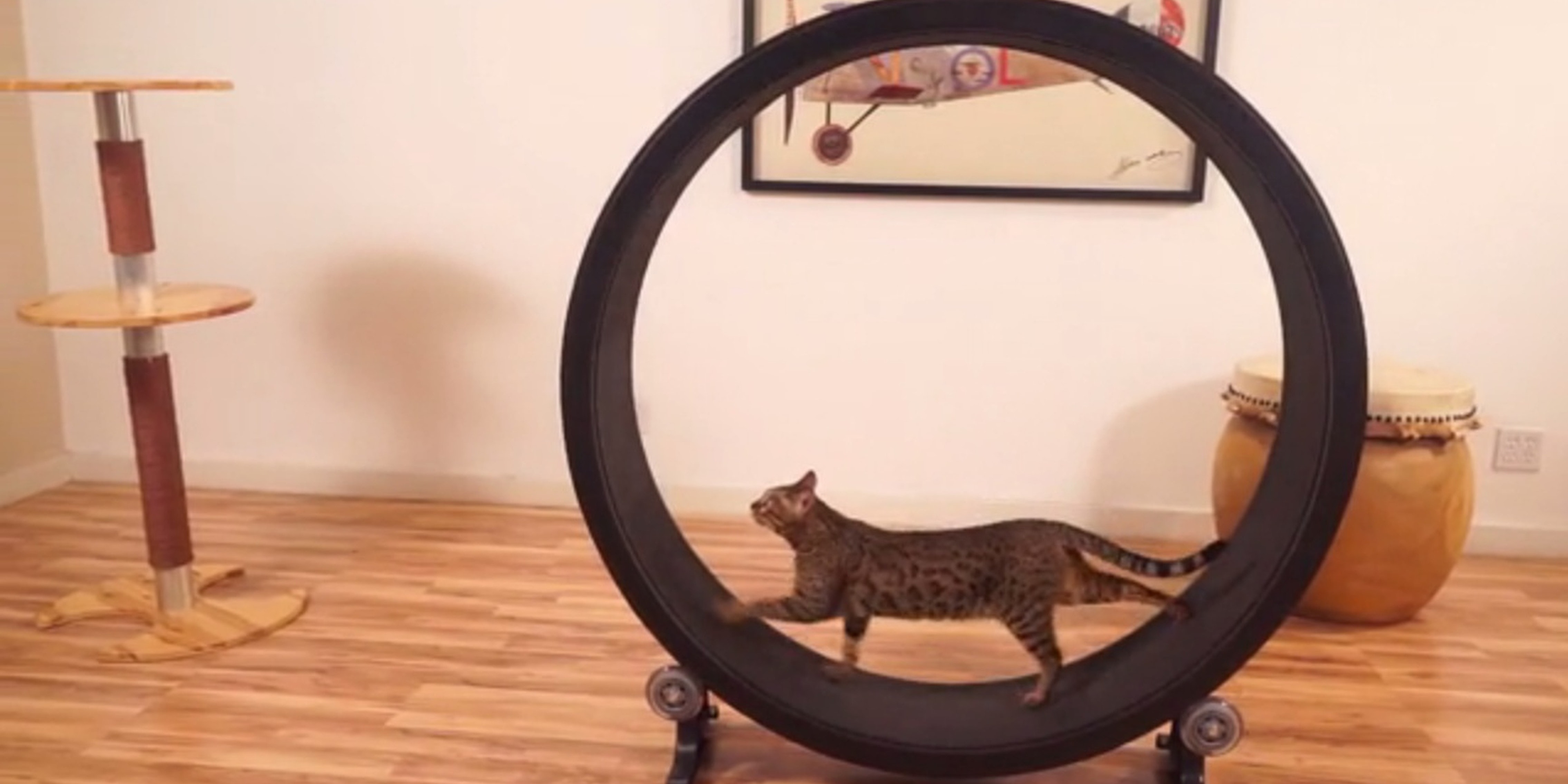 One Kickstarter project’s massive success is going to provide your cat with a new—and very entertaining—way to exercise.

Sean Farley turned to the crowdfunding site to raise money for the “One Fast Cat” exercise wheel.

“House cats possess a natural hunting instinct, and this product helps them expend that pent-up energy,” Farley writes on the page. He goes on to explain that it is important for cats to release this energy so as to prevent psychological problems such as depression. After all, your household doesn’t really have a lot for cats to hunt, aside from mice and laser pointer dots.

Backers can receive incentives ranging from electronic thank you notes to the exercise wheel itself.