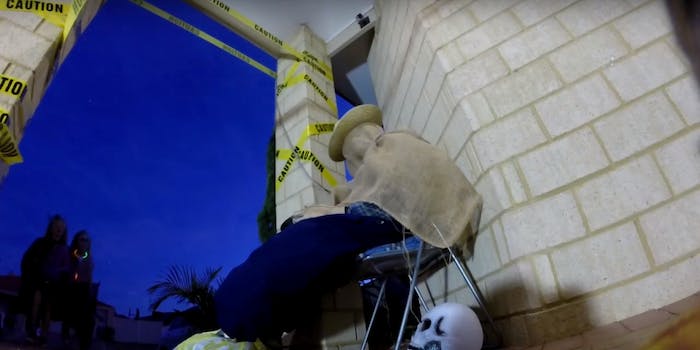 It's a classic, but it still works.

Sometimes the best Halloween pranks are the simplest bouts of fright.

YouTube user YeahShaun spent this Halloween dressed as a scarecrow, sitting patiently on his front porch waiting for trick-or-treaters to show up for candy. And when they least expected it, he jumped, scaring them senseless.

Even when word got around that the scarecrow was real, the kids still screamed in fright. But his best scare might have gone to the pizza deliveryman. There was enough subtlety to make the man wonder if the scarecrow actually moved or if he was merely imagining things. Now if only he’s gotten a slice of pizza for his troubles.