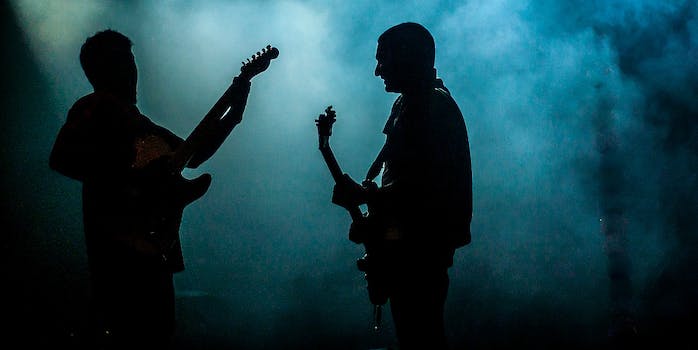 For a mere $35, this deft entrepreneur will name your band

Hopefully he can come up with something better than Butthole Surfers.

One of the most famous naming-a-band stories occurred in the late 1960s when Keith Moon and John Entwistle, the drummer and bassist for the Who, were at a club one night and were talking about wanting to join a band with Jimmy Page and Steve Winwood.

“We’ll call it Lead Zeppelin,” said either Moon or Entwistle (history doesn’t seem to know for sure who said it, though many observers point to Moon), “because it will go over like a lead balloon.” A few years later, as was his wont in those early Zep years, Page restyled somebody else’s idea and then made it his own.

Luckily, there are easier ways to go about naming your band these days. All you need to do is contact this guy.

I will name your band.
My fee is thirty five bucks.
I am serious.

But what if, God forbid, he gives you a name of which you should be wary. Like, for example, the Hotdog Brothers.

When I'm naming bands
I promise they won't all be
"The Hotdog Brothers".

On his website, Phil Elverum admits that all of this is a joke, but that doesn’t mean he won’t do as he says. As he writes:

For a fee of $35 USD I, Phil Elverum, will name your band. All payments must be made up front via the paypal button below. No refunds.

While you will most likely be disappointed with the name that I choose, you are not required to use it for your band. Still no refunds. Also, if your band already has a name, you are free to use the name for something or someone else. It is yours. You can provide contextual information about the band being named if you wish, although I will not necessarily go super deep into researching you and what your deal is. I might though.

I will provide a certificate of authenticity, proving that you are the rightful owner of this name in perpetuity. You can frame it and hang it in the practice space if you wish.

The potential problem for Elverum, though, is what happens if your band makes it big. What if the lead balloon idea actually turns into Led Zeppelin? Elverum already has thought through it.

“What if your band becomes super popular? Then $35 is nothing,” he wrote. “That’s one arena show souvenir tank top. And maybe it was my band name that put you in that position. Is capitalism fucked up? Definitely.”

Interestingly, there are number of name generators on the Internet for musicians, and those could work as well. (For instance, one of the sites gave me the name, “Condemned Of The Mystic,” which is goddamn genius.)

Either way, $35 isn’t necessarily a bad deal if you’re lacking creativity. Besides, anything this guy invents has to be better than Hoobastank.