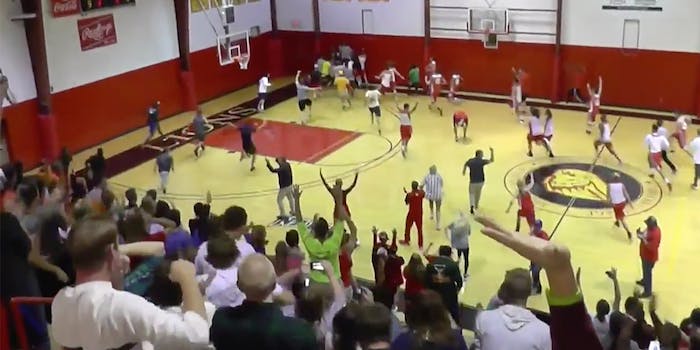 He wants to become a professional sportsman. But not in the field you might expect.

A Tennessee college student has bagged himself a cool $10,000 by landing four basketball trick shots in 30 seconds—despite claiming to have “never played basketball.”

In under half a minute, 23-year-old Gustavo Angel Tamayo made a lay-up, a free-throw, a three-pointer, and a half-court shot, earning himself a $10,000 prize—and sending the crowd absolutely wild in the process.

So what’s next for the budding court-side star? The Independent reports Tamayo hopes to play sports professionally … soccer, that is.