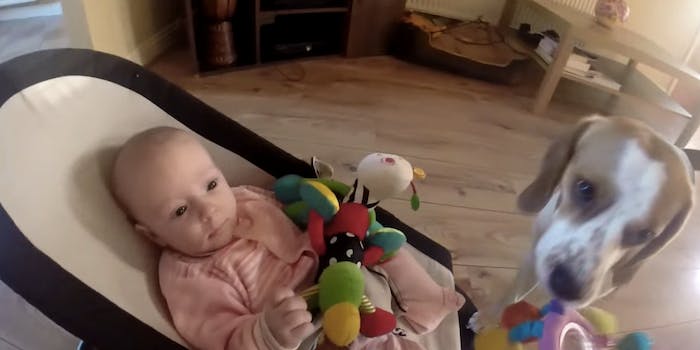 If you have an infant and a dog living under the same roof, they’re going to be sharing toys. Naturally, that’s not always ideal—and not just because they’ll be swapping slobber.

No, the bigger problem is jealousy. Below, we see a beagle named Charlie step in to seize a toy that had been forestalling a baby girl’s next crying fit. Once he realizes the impact of his selfishness, however, he makes amends the only way he knows how.

As of press time, Charlie’s little friend remains buried under dozens of plush squeezables, though rescue crews are digging and hope to excavate her soon.