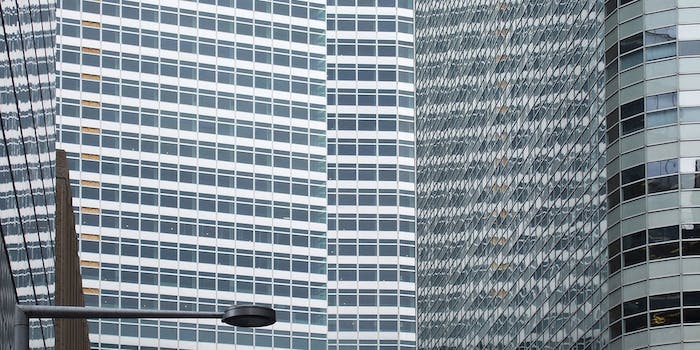 A mystery banker proves willing to reveal himself—for the right price, of course.

One of the investment banking industry’s more unfortunate assumptions has been that its culture of amoral decadence and depravity, still unchecked after countless scandals and financial disasters, is inherently interesting to the rest of us. If a horrid book proposal from the anonymous party behind the gossipy Twitter account @GSElevator is any indication, that viewpoint still prevails on Wall Street.

#1: Some chick asked me what I would do with 10 million bucks. I told her I’d wonder where the rest of my money went.

The Twitter feed itself, ostensibly a collection of remarks overheard by an employee in Goldman Sachs elevators, provides alternately amusing and depressing glimpses into the corporate fraternity’s cynically macho hivemind. But according to a pitch now being shopped around to publishers—and obtained by Daily Intelligencer—that’s just the tip of the iceberg: @GSElevator seems poised to make the leap from obliquely mocking his colleagues to describing their professional lifestyle in full and almost admiring detail, in a memoir called Straight to Hell: True Tales of Deviance and Excess in the World of Investment Banking.

A recent painful listicle for Business Insider, “The Unofficial Goldman Sachs Guide To Being A Man,” demonstrates how @GSElevator has uneasily edged toward an actual endorsement of banker values—self-interest and wealth-worship prime among them—while giving itself just enough wiggle room to claim a satirical lens. The author may not have that luxury in a chapter of the proposed book titled “The Handover,” synopsized like so:

“The outgoing Hong Kong hedge-fund sales guy has one week overlap to show me the ropes. Our first meeting, to introduce me to one of his best clients, involves karaoke, cocaine, and prostitutes. This week teaches me all I need to know about banking in Asia, and almost kills me.”

What will set @GSElevator’s experience with drugs, Asian businessmen, first-class airline travel, and sex workers apart from countless prior depictions of same? Almost certainly nothing. Nevertheless, these predictable few-thousand-word anecdotes, sprinkled liberally with some @GSElevator tweets, will form the entirety of the book that promises to set a “new benchmark,” rendering the Michael Lewis touchstone Liar’s Poker “obsolete.”

#1: My 1st wife was vehemently pro-life until my girlfriend got pregnant. #2013Faves

The proposal outlines other Tucker Max-like stories (@GSElevator is represented by Byrd Leavell, Max’s literary agent), as well as details of @GSElevator’s Twitter popularity and wide experience within Goldman, which he’ll privately confirm with the publisher who bites. The idea to use the pseudonym J.T. Stone, however, is laughably subverted by the implication that he’ll be outed at some point, which is likely part of the grand design for publicity.