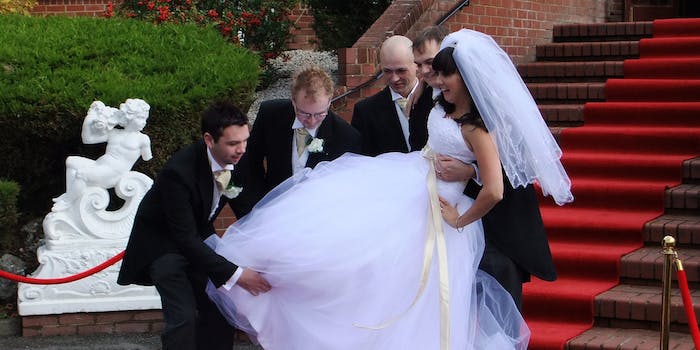 Eager groom drops his bride in depressing metaphor for marriage

Marriage isn’t always an easy time, as one couple found out before they even entered their own reception.

Chad and Julia probably had a wonderful wedding surrounded by their closest family and friends, and they were eager to start celebrating with them at the reception. But before that happened, they needed to make a grand entrance—and Chad got a running start with Julia in his arms.

In the process he learned a hard lesson: You’re going to fall, but you gotta get back up and brush it off. Just maybe not while you’re carrying another human being.

If anyone deserved to top off their night by passing around a bottle of Fireball whiskey, it’s those two.