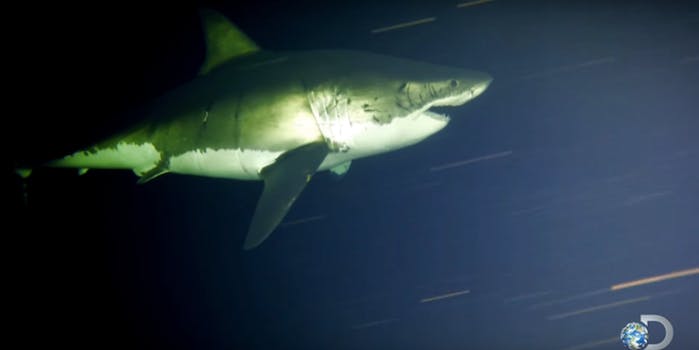 Even killers need to snooze.

Sharks—they’re just like us!Most people know that the sea beasts can’t stop moving, or else they’ll sink the the bottom of the ocean and perish, which means they stay in constant swim mode. And yes, they need to be cruising even as they sleep.

But a snoozing great white had never been caught on camera—until this year’s Shark Week. A robotic submersible was able to film Emma, an lady-shark being tracked on Jaws of the Deep, with her mouth open and totally conked out, all the while still gliding through the waters.

Now, do they wake up as crabby as humans tend to?
H/T Gizmodo