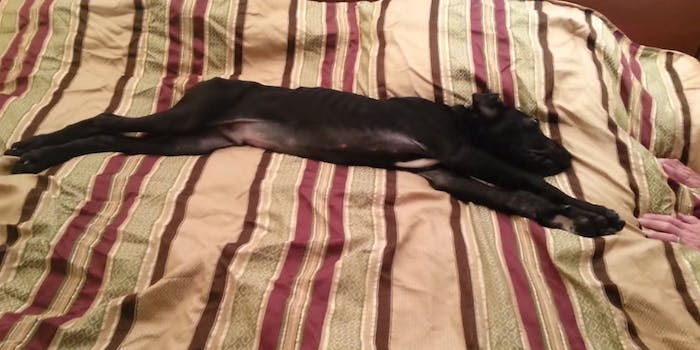 Humans aren’t the only ones who want “just five more minutes” when it comes to waking up in the morning.

Thor’s owners need him to be up at 3:30am before they head over to their bagel shop, but this puppy is just not having it. They know that it’s way too early to be awake, but Thor has to do it anyway, whether he likes it or not.

It’s just like trying to wake up a child (or a particularly grumpy, sleep-deprived adult). There’s plenty of pleading and false starts, and he’ll spend every minute of it protesting, and maybe it’ll work. But he’s bound to make the process hell so that it never happens again.

And in just a year or so, Thor might’ve grown up to become just like this Great Dane.