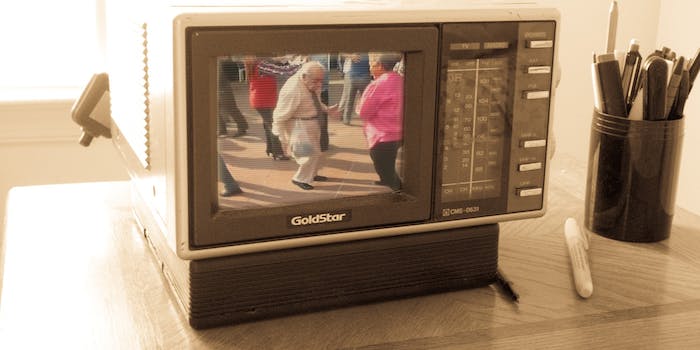 Dancing grandpa shows you whippersnappers how to boogie

We want to be this guy when we retire.

One adorable grandfather is proving that you’re never too old to bust a move.

In a video posted to YouTube and Facebook, a man identified only as “grandpa” is spotted tearing up the dance floor. Starting out with two canes, he quickly tosses them aside so he can properly rock out to such classics as “Rock Around the Clock,” “Wake Up, Little Susie,” and “Jailhouse Rock.” Occasionally, he grabs a partner, but mostly he dances by himself, clearly enjoying the moment.

This old timer seriously needs to perform on a Jumbotron next.