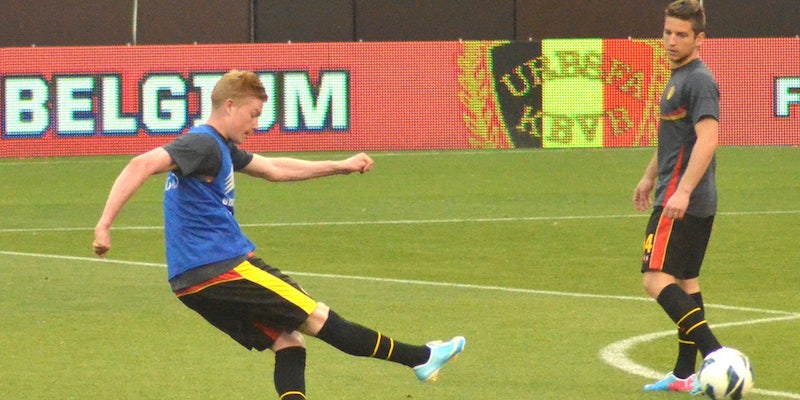 Europeans really love soccer. They love it so much, they even call it football. Imagine!

Point is, it’s not a surprise that a busload of Belgians would go to the U.K. to watch their country face off against Wales in a qualifying match for the 2016 Euro tournament. Unfortunately for these fans, they blindly obeyed their GPS the whole way there and ended up on the other side of England.

One of the passengers called into a local radio show and explained that he and his fellow passengers typed “Wales” into their navigation unit in an attempt to get to Wales’ Cardiff City Stadium. Instead, the software pointed them toward the tiny village of Wales in Yorkshire, some 200 miles north of their true destination.

Just to give you a sense of how far that is, because this is all a very English problem, it’s a major drive (on the wrong side of the road): 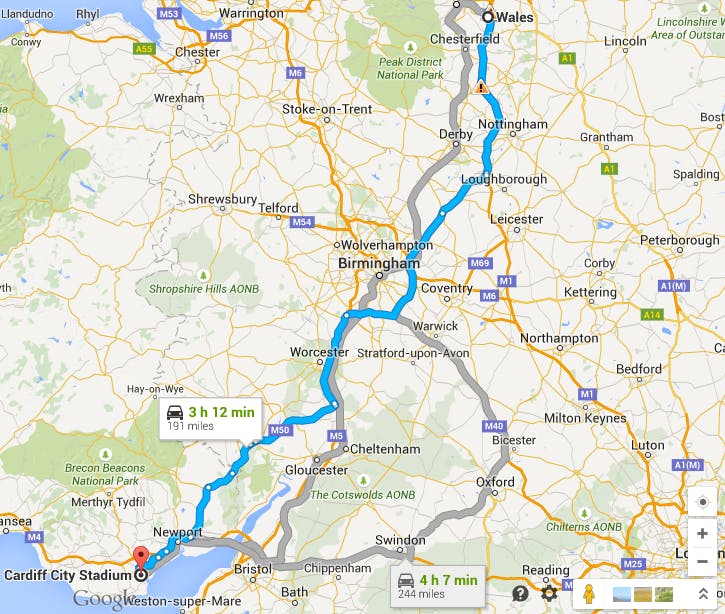 According to the Guardian, the hooligans still had time to make the game, which is in equal respects impressive and confounding. A group of people who were too oblivious to notice they were driving in the completely wrong direction were planning to show up to a game over four hours earlier than the game’s start time.

To make things much worse, Belgium ended up losing the match 1-0. Quite the rough day for an eager bus of Belgians.