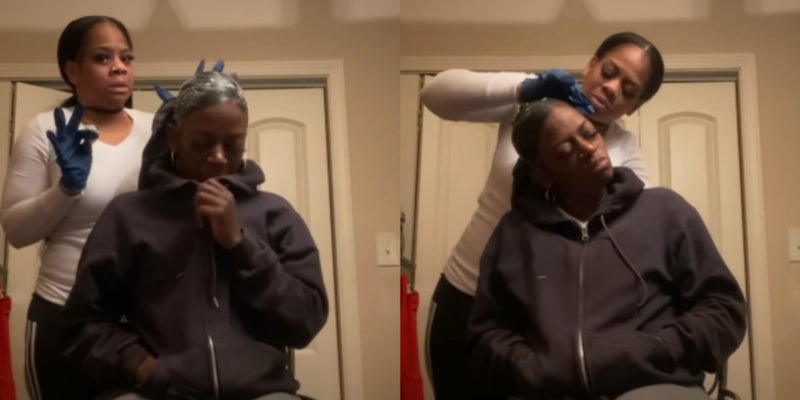 Tessica Brown, the woman who had to visit the emergency room after using Gorilla Glue spray adhesive in her hair, is reportedly meeting with a plastic surgeon to get some relief.

According to TMZ, Brown, who’s raised more than $13,000 on GoFundMe, is flying to Los Angeles to meet with Beverly Hills plastic surgeon Dr. Michael Obeng, who claims he can remove the glue and is reportedly doing so for free. TMZ also reported that Brown has retained a lawyer, though neither claim has been confirmed.

Brown posted updates over the weekend, showing her futile attempts to use items given to her at a Louisiana hospital to soften up her hair. In a viral TikTok posted last week, which now has more than 20 million views, Brown explained she used Gorilla Glue spray adhesive after another product ran out, and that her hair hasn’t moved in over a month.

On Monday, Gorilla Glue finally posted a statement, wishing Brown well but saying it is “a unique situation because this product is not indicated for use in or on hair as it is considered permanent.” It also reiterated that the product says on the label, “Do not get in eyes, on skin or on clothing.”

Update 12:44pm CT, Feb. 9: Brown’s manager, Gina Rodriguez, confirmed that she is flying to Los Angeles to meet with Dr. Obeng and that he is removing the glue.