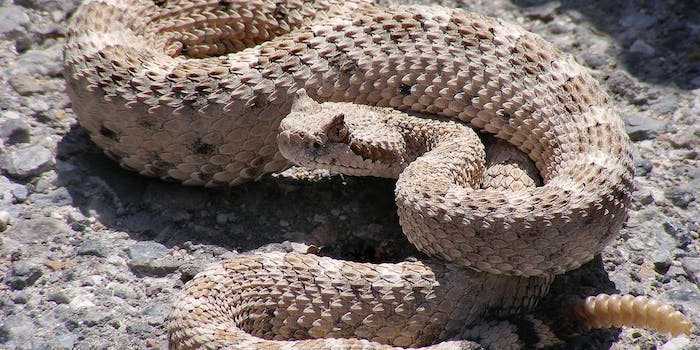 Rattlesnakes react angrily when they spot a GoPro drone

Without some quick thinking, this would have been the end of that GoPro.

GoPro-enabled drones are great for filming something without getting anywhere near it—for example, a pit full of rattlesnakes.

This video from YouTube user Michael Delaney gives us an awesome close-up view of a rattlesnake pit. The only problem is, those snakes are far from happy to see a flying robot invade their space. One of them knocks the drone out of the air, forcing the camera’s owner to brave a literal snakepit to retrieve his beloved (and expensive) GoPro.

Luckily, Delaney had a hockey stick on hand to pluck the drone from its perilous landing site. Still, this seems like a good reminder not to mess with a bunch of angry rattlesnakes.

Photo via Victorrocha/Wikimedia (CC BY SA 3.0)