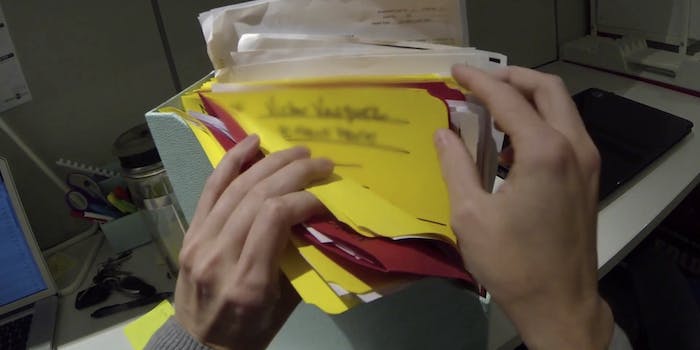 Extreme employee straps on GoPro, has a productive day at the office

The stamp applications will have you on the edge of your seat!

Strap a GoPro camera to your head and you can give viewers an amazing first-hand perspective on your adventurous life. Or it can document your pretty boring day at a typical office job.

That’s what YouTuber Braziliandanny did in a hilarious new video, which follows him on a day of stapling, copying, spinning in his office chair, and playing mobile games while on the toilet.

The whole thing is done like a typical GoPro ad—complete with an EDM soundtrack. Sure, GoPro can show you what it’s like to get caught in an avalanche, or document some adorable dancing owls, but it can just as well capture the mundane and make it a little more appealing.