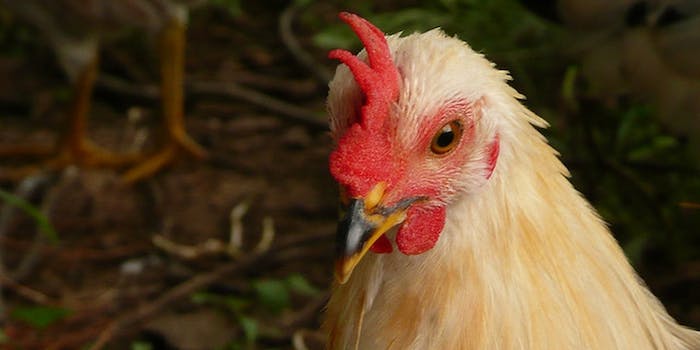 There's something you don't hear every day.

Google Translate is an impressive app. It toggles between 90 different languages via voice, camera, keyboard, or handwriting input, and it doesn’t even need an Internet connection. People rely on the app to understand conversations, academic papers, and foreign street signs.

That said, Google Translate’s primary function is obscenity. Watch this delighted dad give a short lesson in beginner’s Dutch slang. What do you think “kippenneuker” means?

An etymology source notes that the phrase describes a “horrible or fussy person; sometimes a very stupid person,” though it does literally mean “one who commits sodomy with a chicken.” Now that you are armed with this knowledge, I urge you to get out there and start insulting people.