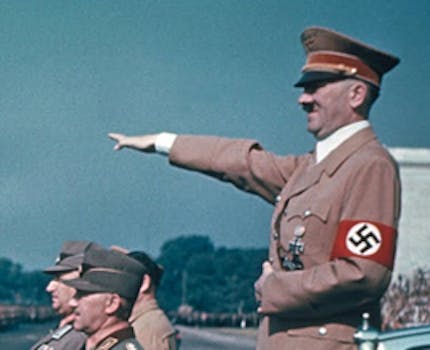 With the Google Cultural Institute, the search giant is taking on the task of digitizing thousands of significant historical documents. Exhibits range from Asian emperors to South African apartheid.

What do you call an interactive online collection of archived writings, multimedia, and years of significant political events of the 20th century?

Most people would call it a virtual museum. But starting today, Google is simply calling it their new Cultural Institute.

With a database of millions of historical and cultural artifacts, including over six million photos from LIFE magazine’s photo collection, the Cultural Institute is impressively designed and even more impressively organized. Citing as its mission, “building tools that make it simple to tell the stories of our diverse cultural heritage,” Google has not so much created a virtual museum of its own as an umbrella for others, culling from archives as diverse as the Smithsonian and the Auschwitz-Birkenau State Museum.

Presentations currently on display at the website’s home page take you quickly through the highlights of their subject, which can be a person, place, or major historical event. Google has compiled photos, documents, and video footage, organized around timelines which take you from subject to subject.

The overall timeline of the presentations Google currently has on display stretches from 1905 to 2008, but the site’s archives stretch back even further. The Smithsonian’s Freer/Sackler Gallery, archived on the site, features portraits of Asian emperors dating from 1849. Even more interesting is Google’s cross-search that lets you combine, for example, searches of Adolf Hitler with everyone else in the archive he has been photographed with, including his mistress Eva Braun, Mussolini, and more. 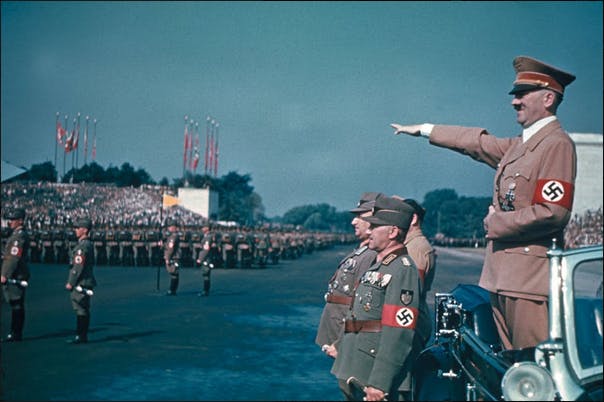 One of the collection’s showcases is a thorough exploration of South African apartheid, specifically the lives of activist Steve Biko and former president Nelson Mandela. Obenewa Amponsah of the Steve Biko Foundation told Yahoo News that the Foundation had worked with Google to release several never-before-published documents as part of the institute, including Biko’s Black People’s Convention membership card. 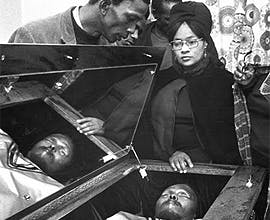 Then there is the Art Project, which lets you interactively view some of the greatest works in art history.

“Over the years we have worked hard to digitize significant holdings of many South African museums, archives and private collections. We are impressed by the way in which the collections are showcased on the Google Cultural Institute online system and we are excited by the potential increase in web traffic to the collections we represent.”

Google’s site launch is not without its hitches; display is difficult on small screens and the collection of sources is relatively small, despite the vast archives of data they contain.

Still, it seems clear that Google is well on its way to setting a new standard in online archival of historical documents and other important media sources.

And as the archive grows, so will the number of cultural events and perspectives it represents. Google’s goal may be about bettering its tools, but it will also undoubtedly help to amplify diversity in online media, as well as allow long-silenced voices from the 20th century to be heard.

This is one virtual library in which everything speaks.